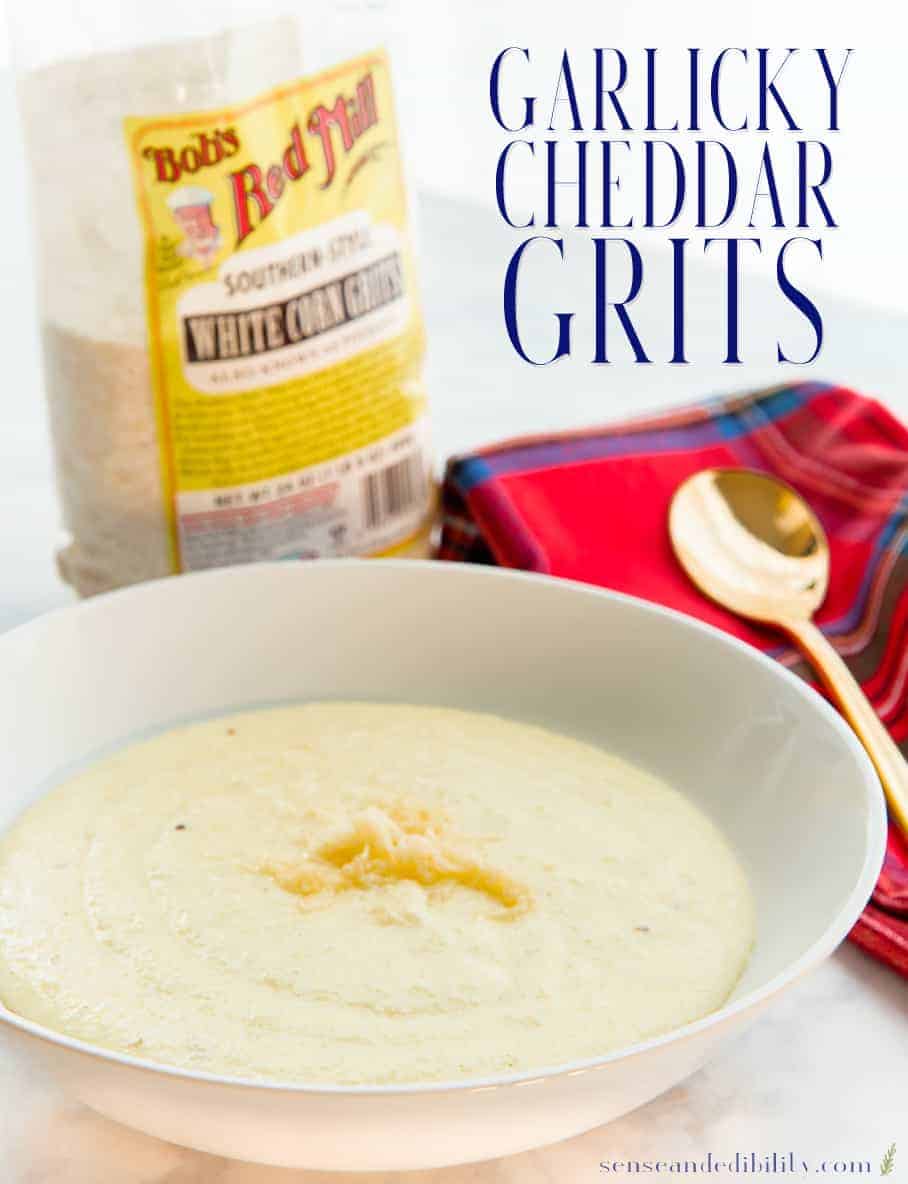 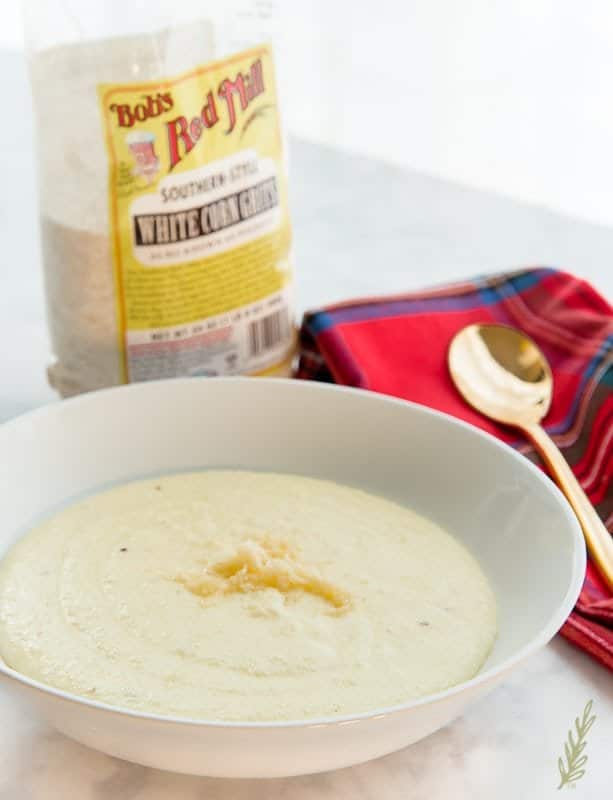 I love how interested you are in my life! After posting about my accomplishments in this post a couple of weeks ago, a few of you asked for more details on the TV show I auditioned for. While I won’t name names (mainly because their attorneys are bigger than mine) I’ll give you most of the tea. My Cheesy Grits with Garlic plays a role in the story, so I figured I’d kill two birds with one stone. You get a glimpse at what went down and you get a recipe for these creamy, savory grits. Yes, I am that generous. Not a TV star (yet), but a generous friend I am, indeed.

What went down and what goes into Cheesy Grits with Garlic? 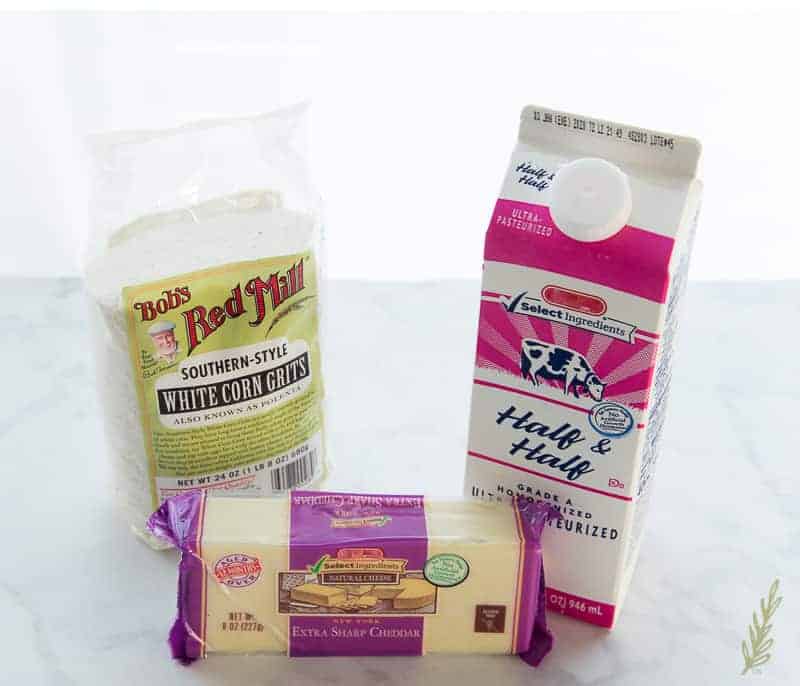 This tv thing happened more than a year ago, so I’ll start with it first. A talent scout for a production company contacted me back in August of 2018. She wanted to know if I would audition for a cooking competition on a nationally syndicated network. Since I’d never watched the show, I checked out a few episodes before I answered. Once I did, I discovered that my favorite abrasive celebrity chef was the lead talent.

Details soon followed about the interview process and upcoming Dallas audition. Remember, I’d never even watched the show, so being on it- while it would be cool- isn’t my life’s dream. Because I wasn’t intimidated, I whizzed through the telephonic and remote interviews.

Next up was the audition. We drove 2 1/2 hours to Dallas, where I had to present my sunny, bubbly self (LOL), along with a dish, to the judges. The kicker was: I had no means on site of heating or cooking my dish before the judges tasted it. I racked my brain and decided to do a dish representative of my Black and Puerto Rican cultures.

The stress and garlic sizzle! 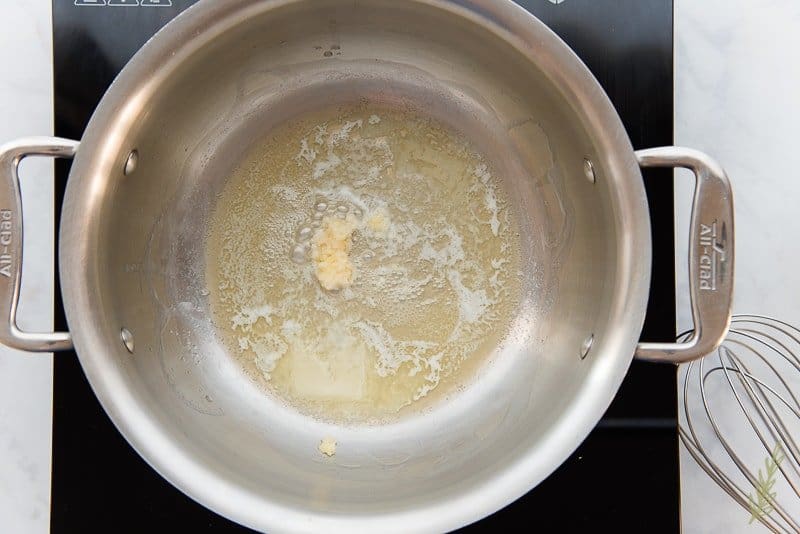 I tested a few versions of my recipe at home- you know, like a trial run. Mainly I stressed out and worried about everything that could go wrong. I bought plates and sketched out presentations until I was dreaming about this dish in my sleep. The recipe wasn’t what caused my anxiety, though, executing it the way I saw it in my head was. The stewed crab is something I grew up making. Cheesy grits with garlic is a specialty of mine, so the food was going to blow them away. I was sure of that.

We booked a hotel room that had a kitchenette so I could cook the dish at the hotel the morning of. The night prior, I shopped for my ingredients. We went to bed early because I knew the next day would be a whirlwind.

In the morning, I woke up and started the grits. I melted the unsalted butter in a saucier. After adding the crushed garlic, I sautéed it until it was golden brown. Hector was heating water in the coffee maker to fill the wide-mouth thermoses I brought to hold the food. I had tested the thermos idea out at home, but only for a couple of hours. I had no idea how hot it would keep the food for a longer period of time.

Toast, then hydrate the grits

Once the garlic was browned, I whisked in the Bob’s Red Mill white corn grits. Coating the grits in the butter and garlic, then allowing them to toast for a minute or two gives them a deeper flavor. It also makes the cheesy grits creamier, in my opinion. 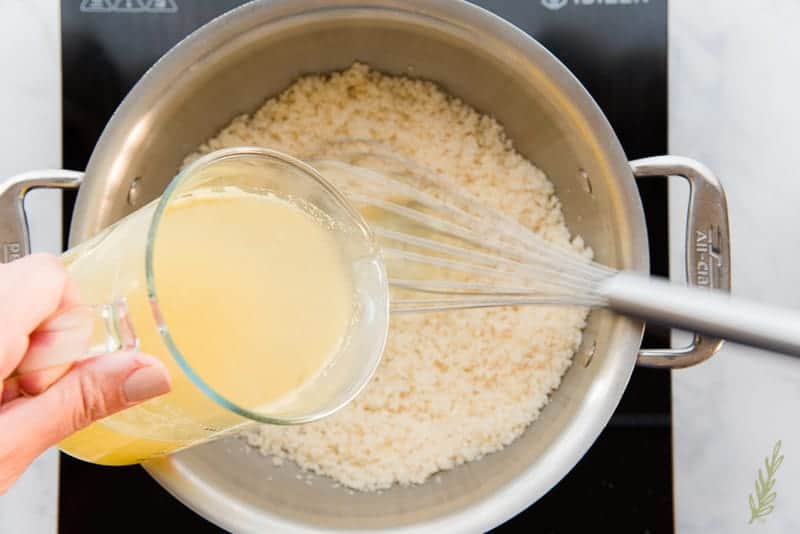 After toasting the grits for a minute or two, I added the chicken stock. Grits made with water will never compete with these- no way, no how. Add the chicken stock slowly, so the grits don’t clump to hell when they’re finished cooking. Could you imagine if I served these judges clumpy grits?!?! The mortification! 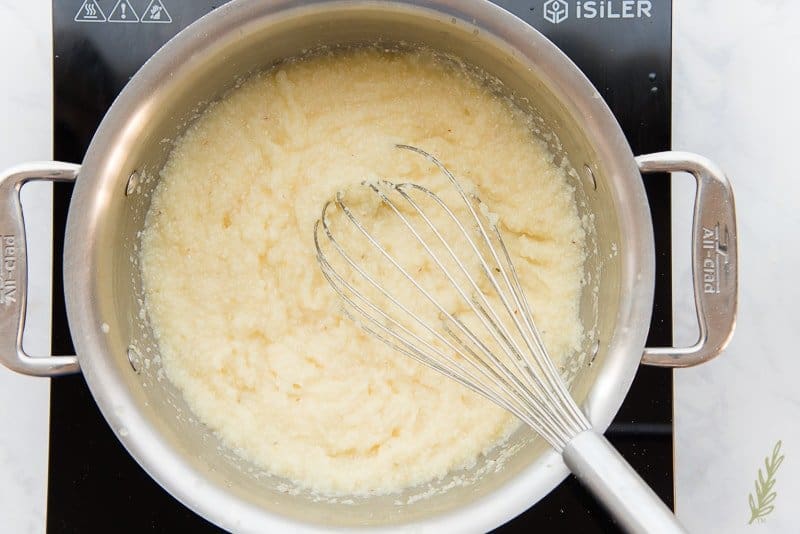 Leave the grits to cook and thicken for 4-5 minutes on medium heat, whisking occasionally. It was at this point that I began cooking the stewed crab. After a quick time-check I knew I needed to have the cooking finished in the next half-hour. I still needed to shower and get purty, afterall.

Make it prettttttty and cheesy (myself and the grits) 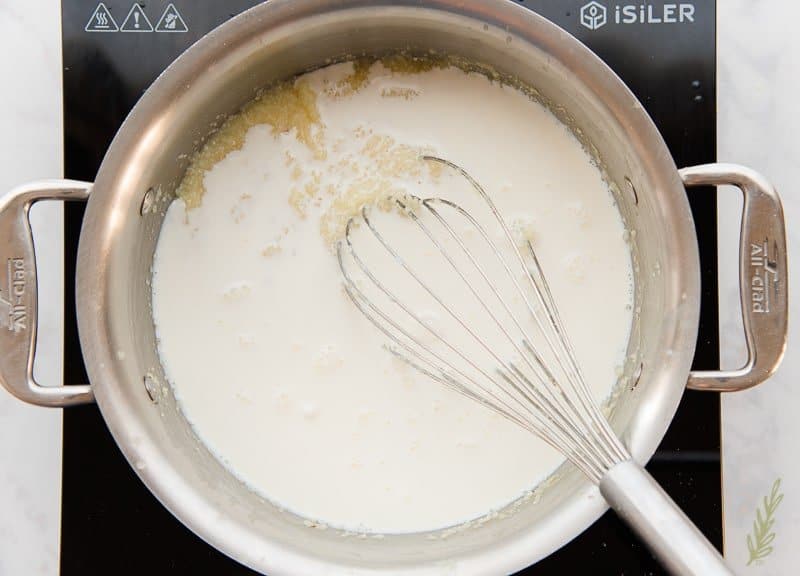 Milk isn’t the first choice for making these cheesy grits creamy. However, if you’re not competing for a spot on a television show, milk is okay. But, I was doing big time “ish” here. I added half-and-half to increase the richness of the grits. 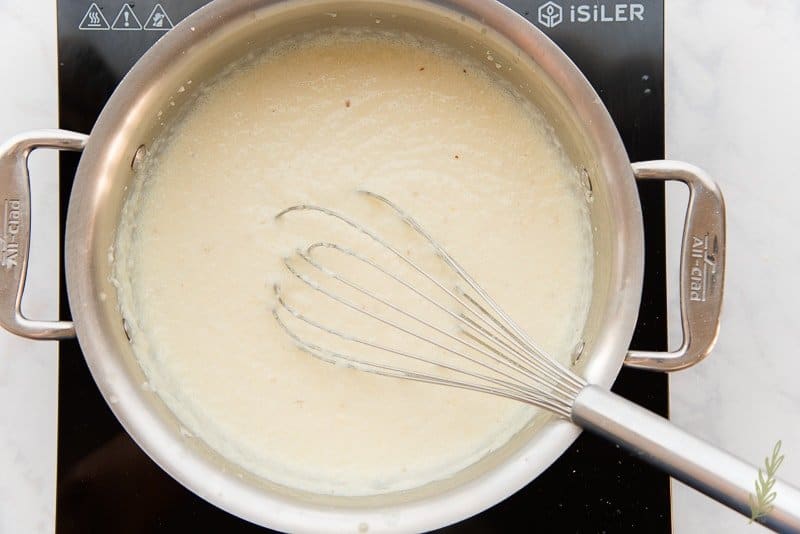 Decrease the stove temp to low. Cook the grits, whisking frequently, until the grits are the consistency of a loose pudding. They’re going to thicken as they sit, don’t forget that. 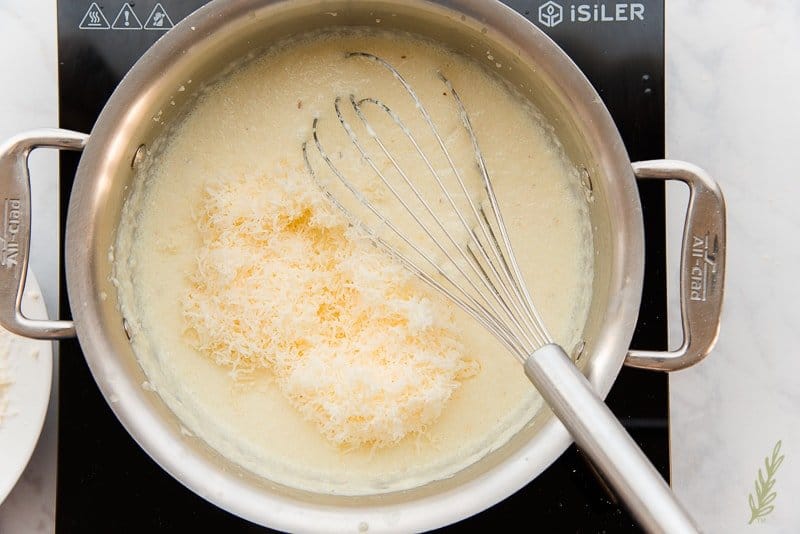 The final step in my journey to [hopeful] stardom is the extra-sharp white cheddar cheese I added. Before whisking the cheese in, I used a fine cheese grater to grate the cheese. This ensures the cheese wouldn’t clump up in the grits after adding it. Cheesy grits that end up chunky is no bueno.

That was it! I packed the cheesy grits into the preheated thermos and topped them with a cup of half-and-half. My plan was to stir in the layer of half-and-half just before plating so they would be suuuuuuuper-creamy.

I fried some strips of green plantains to serve as a garnish, and packed them and my stewed crab in a thermos and plastic container.

Was I ready? No. I wasn’t dressed yet. But, then I did get dressed and then I was ready!

Awesome thing about when talent scouts ask you to audition is you get a front of the line pass. I was #1 in the audition process! Well, I mean, I was the first to audition. That meant, in the cattle call that was the first round, I was in line first to have my food tasted and to be interviewed on-the-spot. We waited- a bundle of nerves- in a huge room; everyone trying to make small talk. We were all nervous. Some people were trying to impress others with their outfits or personalities. I, on the other hand, wanted everyone to shut up so I could stress out in peace.

We were herded into a huge commercial kitchen- where we were banned from pulling out or touching our phones- and given instructions. Three minutes. Three minutes was the only time we had to prepare and plate our dishes for the judges to evaluate. I finished plating in 2 1/2. Anxiety pays sometimes, my friend. The first judge was a chef consultant. She tasted my cheesy grits and stewed crab and asked why I chose that particular dish. While I explained my desire to represent my cultures, I couldn’t help notice she kept eating it. She even asked one of the producers if she could set some aside for later. After congratulating me for a beautiful presentation and delicious dish she moved on.

The next judge was one of the producers who would do the brief interview. He asked me questions about myself and why I thought I’d be a good fit and moved on.

After everyone’s food was tasted, the judges left us in the kitchen to deliberate. They returned and called off the numbers of those who made it to the second round. She called my number first…probably because my number was one, but I’m going to believe it was because my dish was the best.

Sixteen of us were off to another waiting room to await a more detailed interview with the executive producers. 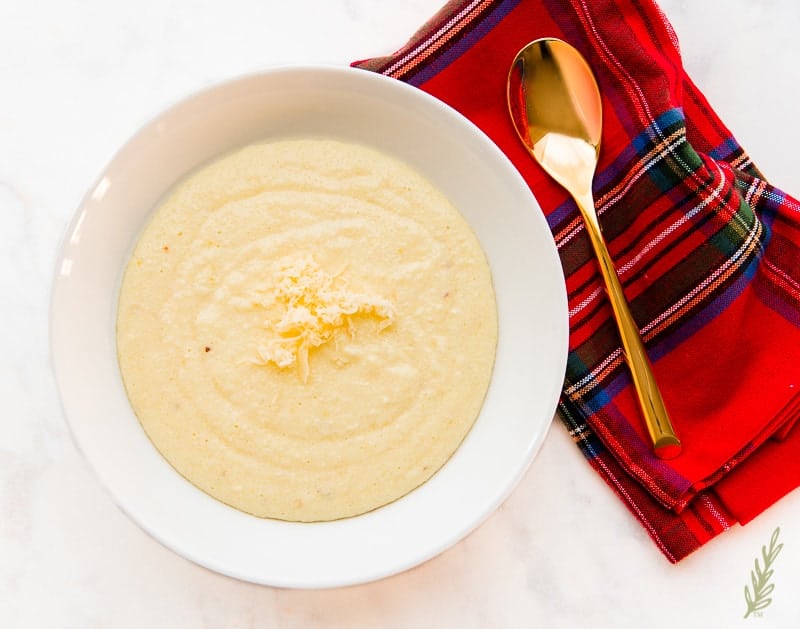 Everyone, except me, wanted to make small talk. I wanted to vomit. Three executives were waiting for us in the next room. They each peppered us with questions about ourselves. I told them about my background as a chef, my life as a military spouse and homeschool mom. Down the line they went asking questions of each of my competitors. Every one of us was nervous. One guy revealed that this was the fourth show he’d auditioned for. A judge called out one woman after she lied about her job. I laughed at her (unintentionally) and thought I blew it.

They told us to move to another office where they’d let us know if we made it to the 3rd round: an onscreen interview.

The numbers of those that made it to the next round were called. She called my number first. Again, because of how awesome I was in the previous round. Not because my number was one. Don’t you dare argue with me.

So, now I had to book another hotel room because the next interview was the following day. Keep in mind, this whole time my family had no idea what was happening. I couldn’t use my phone, remember? I walked out of the building trying to look dejected, but they saw right through it!

The next day I showed up to the onscreen interview, watched a really awkward argument between two of the producers, and killed the interview. A rep contacted me the following week to begin the contract phase. 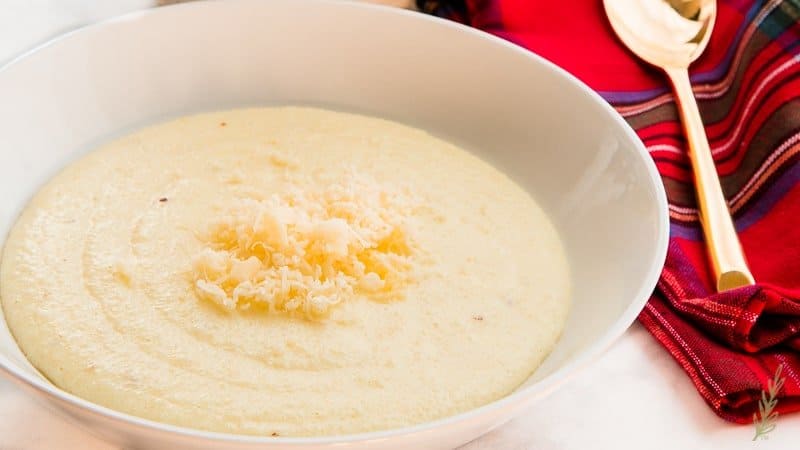 Well, long story short (and because our cheesy grits are getting cold), I made it to the contract stage. We scoured the contract they sent over.

They wanted 20% of all of the money I make from food-related ventures. Um…huh? My whole life is a “food-related venture”!! Twenty percent of the profits from this blog? You want a cut from contracts I already had in place before I even heard of this show?!? Nah, bro. Not today. Not with me.

I attempted to negotiate and they gave me the cold shoulder. Meh! Oh, well. I think being on tv would’ve been great, but I wasn’t willing to give them a cut of something I’ve worked so hard to achieve on my own. I moved on feeling very proud of myself for staying true to my values.

They loved my Cheesy Grits, though 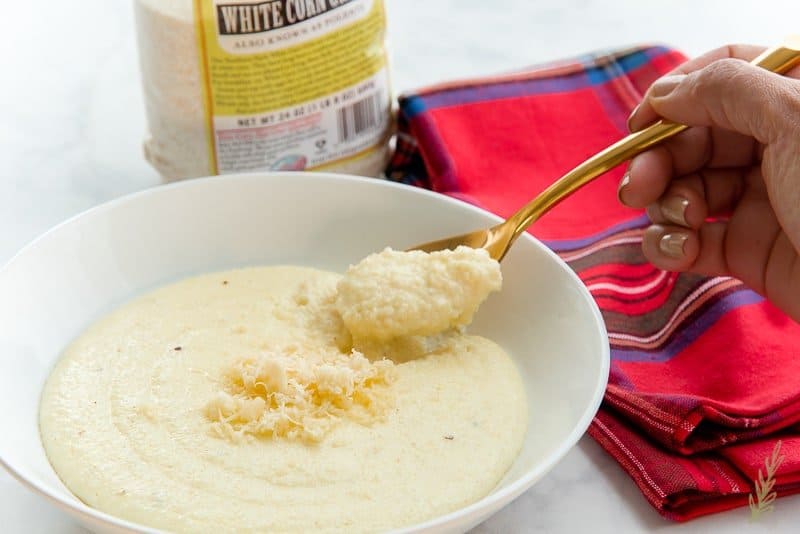 In spite of how they did me in the contract phase, I know my cheesy grits with garlic impressed those judges. No doubt, they would’ve impressed the screaming Scot as well.

No matter, now you have the recipe for my “almost made it to tv” cheesy grits with garlic. Go pin it and maybe you’ll win an award or something. 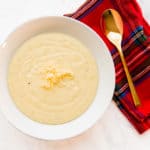 Print it Pin it Rate this recipe
5 from 12 votes 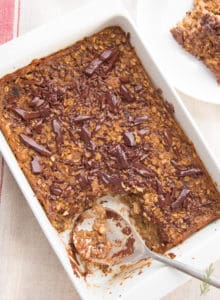 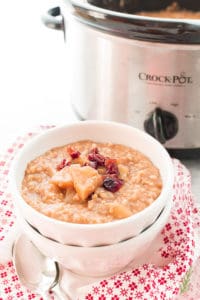 I can’t WAIT to try these grits! What an awesome twist. Those producer dudes missed out big time!!!! Xoxo

I love that you were able to make them SO smooth. I’m a huge fan of cheesy grits, and these are probably the most perfect ones I’ve seen!

Hand-shredded cheese and that half-and-half go a long way in making super-smooth grits.

Garlic and cheese just belong in grits. These look amazing!

You and I are kindred spirits, Jazz! Yes they DO belong in grits!