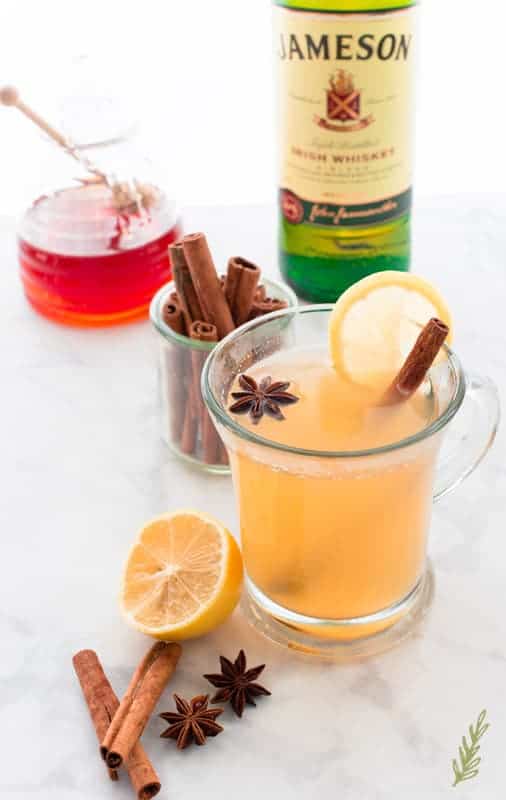 A friend of mine DM’d me on Instagram and asked me if I had a good recipe for a Hot Toddy. I didn’t have one on the blog- yet- but figured I should. Of course, every recipe of mine has to be tested and re-tested to ensure maximum satisfaction; so I had to do some research before I put it up. I’m a little tipsy right now. A classic Hot Toddy is made with whiskey, and although the original Hot Toddy supposedly came from Scotland. Your girl isn’t a fan of scotch; I am, however, a fan of Jameson. LOL!! I figured Irish whiskey is close enough.

Listen, we all know that England had a bad habit of colonizing the hell out of the rest of the world. My homeland actually came about after some patriots told King George he, and his taxes, could kick rocks. That said, the name “Toddy” was most likely stolen from the Indian subcontinent. No matter, the drink made its way to the States, I made my way to Spec’s, and this Classic Hot Toddy is making its way to you.

The liquor to use in the classic version is whiskey. You can use bourbon, scotch, rye, or even brandy if you want to switch things up. Lemon juice is a must, as is a sweetner of some kind. Honey is my preferred choice. Tea or water can be used as the main liquid. Spices are also interchangeable. I prefer cinnamon and star anise, but I’ve also been known to chunk a few cloves, or allspice, into my Toddies.

Hot Toddies are supposedly great cures for colds, coughs, or even the flu. I’m no physician, so I can’t speak to the validity of those claims. I do know, however, that with the amount of whiskey I put in mine, I feel right as rain when I’m done drinking it. Just sayin’. 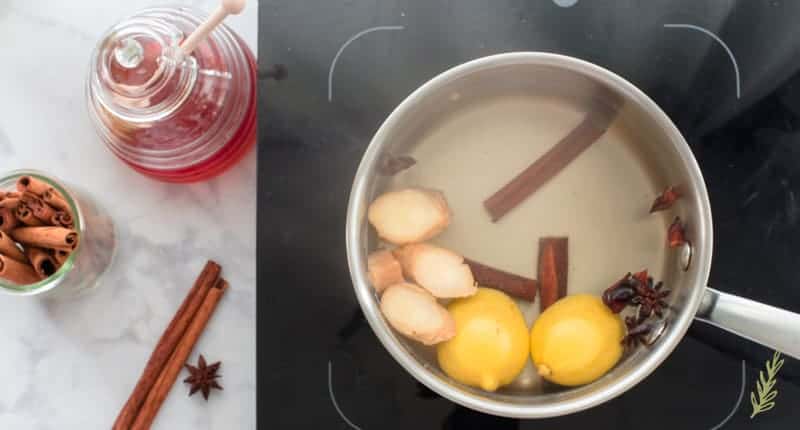 The classic Toddy starts with a tea. Tea is a general term for a drinking liquid that has herbs or spices steeped in it. After placing three cups of cold water, cinnamon sticks, star anise, ginger, and lemon ends into a small saucepan; I bring the water up to a rolling boil. The lemon ends are just the shells of the lemons I juiced for the Toddy. Once the water has boiled for a minute, or two, I turn the heat off and allow the spices to steep in the water. This also allows the water to cool slightly so I don’t burn the crap outta my mouth.

After allowing the tea to steep for five minutes, strain the water through a fine mesh sieve. Go ahead and discard the spices. 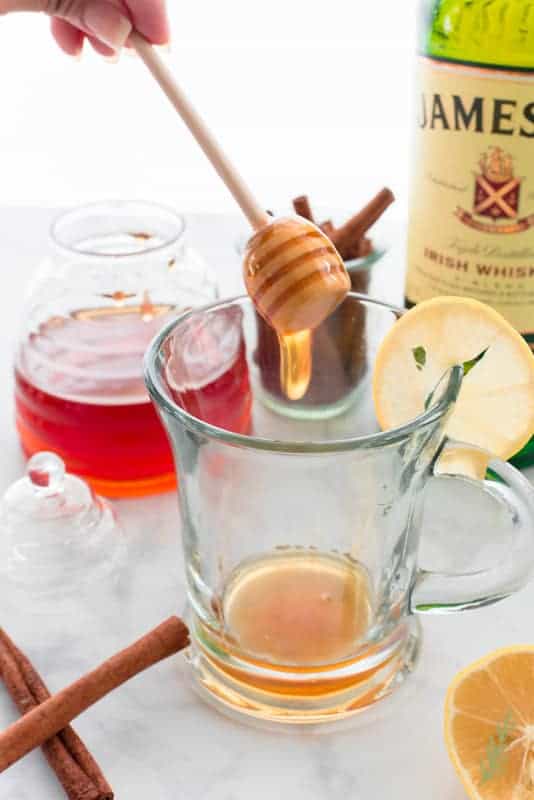 Like I said before, I love the taste of honey in my hot Toddy. If you want to make a Canadian-style Toddy, you can add maple syrup instead, eh? Use Canadian whiskey while you’re at it. Add your preferred amount of honey. I like my Hot Toddy on the sweeter side so I add two tablespoons of the sweet stuff. 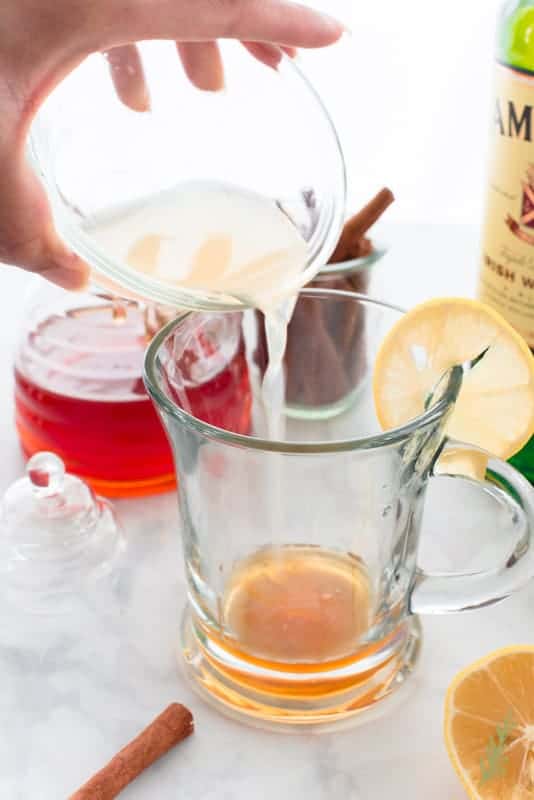 Add a tablespoon of lemon juice to each Hot Toddy glass. For the Soldier and I, that’s a whole lemon. 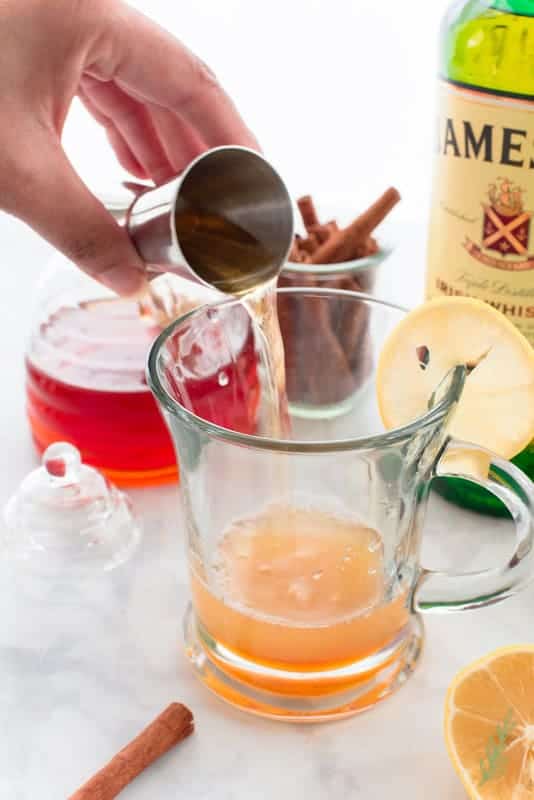 Follow the juice with a jigger and a half of whiskey. Add a cup and a half of the hot water, then stir to combine using a cinnamon stick or a spoon. 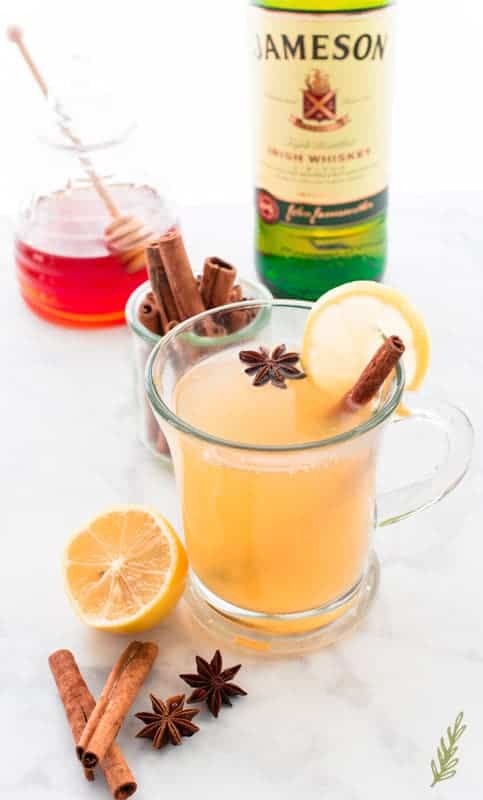 Temps in central Texas have dropped to the forties and it’s been raining so much that it’s flooding. So, understandably, I’m all about this Classic Hot Toddy right now. It’s smoothness soothes the spirit and warms you from the inside out. It’s a great nightcap for these coming winter nights and a must for winter gatherings. Pin the recipe and share this steaming libation with your friends soon! 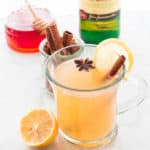 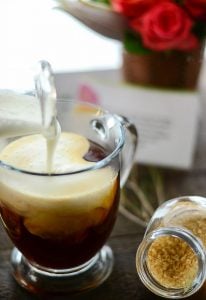 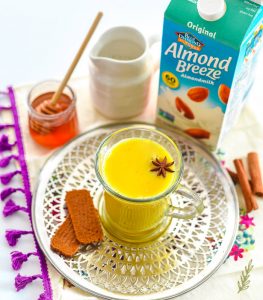 Even after 21 years of living in the US I’ve never had a hot toddy! Need to try!

You definitely should try it out, Anna!

This sounds like the perfect fall drink, so tasty

I agree! It’s perfect for these cooler months.

I’m not a drinker, but I know a couple of people that would love this. Maybe I’ll offer it at our holiday party.

Something I definitely have to try, thanks for sharing the recipe x

This toddy looks delicious, and I bet it helps the house smell great too. It is a 2fer! With the first frost this morning I’m going to be purchasing these items to be prepared 🙂

Yes, the house smells amazing when I’m making it!

My husband and I are thinking about hosting a vintage style Christmas houseparty and this looks like the perfect classic addition! I know my whiskey loving husband will love this!

Oh for sure!! Stay tuned because I’m coming up with more classic libations, Mariah!

I’ve never had a hot toddy before but this drink sure looks amazing! I love bourbon and brandy so this looks like something I need to try soon.

You’ll definitely love it if you’re a fan of bourbon and brandy.

This drink is right up my alley. Pinned it! Thanks for sharing.

Get cozy and enjoy it, Annette!