April 21, 2017 by Marta Rivera
Crisp, crunchy haricot vets are the sophisticated cousin of the ho-hum green bean. Sautéed with bacon and meaty portobello mushrooms, it's a side that is hearty enough to hold its own.
Get Recipe
381Shares 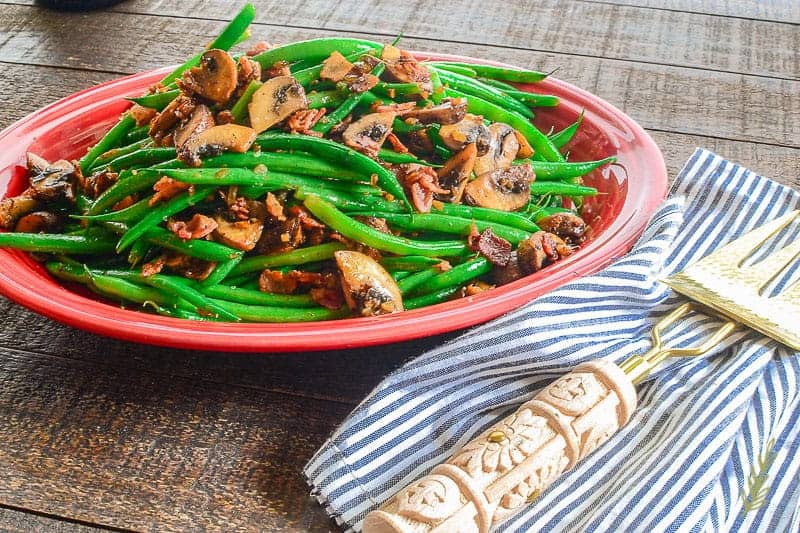 Here in Central Texas, we’ve been enjoying Summer since, well, December. Nevertheless, I’m gearing up for it in the kitchen with vim and vigor! Seeing the arrival of haricot verts in my favorite farmer’s market sparked a new sense of, “Omigosh!! I have two weeks to get a six-pack!!” Now, I really had to be honest…who’s checking for a mother of twins to be hot? No one, that’s who. Which is great, because I was about to whip up a dish of my haricot verts with bacon and portobello mushrooms. The only six-pack around here will be of Dr. Peppers!

What is a haricot vert? First, I will tell you what they are not. They are not bears with overgrown coats. That is precisely what my 6 year-old thought I was bringing home from the grocery store the first time she heard it. I mentioned to my husband one day that I saw them in the store earlier in the week. She, consequently, assumed that I was planning to make, “Hairy-coat bears,” to serve alongside the ribeye steaks that evening. My husband texted me while I was in the store asking why our Twinkie was refusing to come out from under her bed. Needless to say, she was relieved that I didn’t drag a grizzly into the kitchen when I returned home.

Cute little misnomers aside, haricot verts (French for green beans) are not the same as a regular green bean. You also can’t intentionally harvest a green bean early in an effort to turn it into a haricot vert. I found that out after a long summer of playing urban gardener. Hey, I never said I was good at growing things. The haricot vert is skinnier, and more pungent than a common green bean. Hence, it won’t yield the same result. That one’s free.

Typically, I prepare them simply. I prefer only blanch and sauté them, instead  of fussing around with them too much. This recipe is probably the second most “intense” one I have- my haricot verts casserole being the first. That’s even saying a lot because there’s not much effort involved here! There are two technical terms (blanching and shocking) that may be new to some, but they are quite simple to understand and execute. So much so, in fact, I didn’t even bother to photograph the steps! 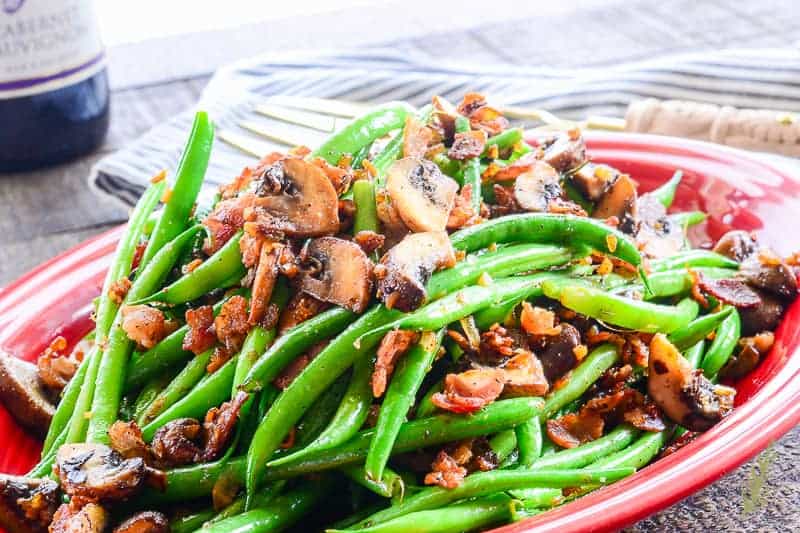 In the cookbook, I talked about my nicknames for the Twinks. Obviously, the fact that I’m referring to them as “the Twinks” would indicate that I have, in fact, many nicknames for them; but, that’s neither here nor there. I used to refer to them, lovingly, as my “Portobello” and my “Shiitake” mushrooms.

Obviously, my precious, handsome, little ball of love, son was my portobello because a portobello is a nice, meaty mushroom. It’s short and squat like he once was so many years ago when I could still hold and love and hug him without him saying ewww mom get off of me just stop it will you because he doesn’t care about my feelings and the fact that I was on bedrest with him for 5 months!!!! My portobello is no more. He’s like an enoki now- tall and aloof. My daughter, therefore, was the shiitake because she is beautiful and unique. However, that chick’s got an attitude too, so both of them get on my nerves now.

Bitterness at the rejection of my children aside, portobellos are simply the adult version of a cremini mushroom. No, really, they are older cremini mushrooms that were given a fancy name so people wouldn’t be put off by their maturity. Thanks, marketing execs, for the deliciousness that is portobellos. By the way, the names portobello and portabella are interchangeable.

Bacon is bacon. It needs no further explanation. 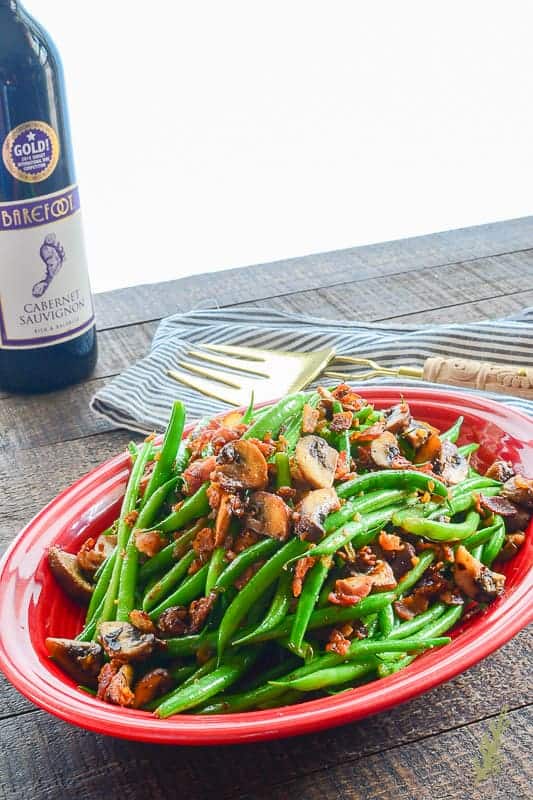 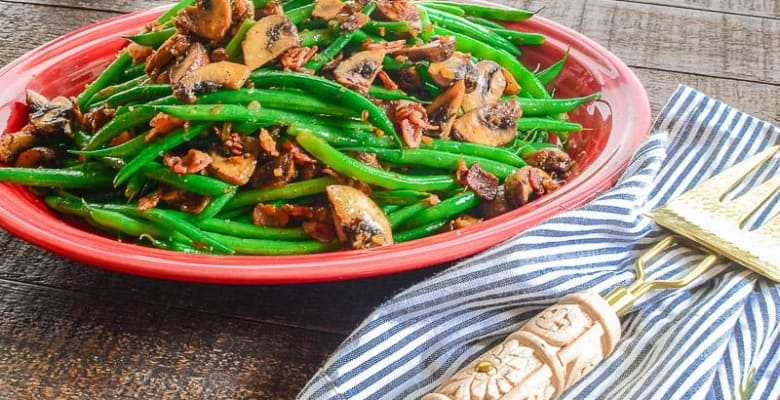 Marta Rivera at Sense & Edibility
5 from 1 vote
Crisp, crunchy haricot vets are the sophisticated cousin of the ho-hum green bean. Sautéed with bacon and meaty portobello mushrooms, it's a side that is hearty enough to hold its own.
Servings: 6 servings
Print Pin Recipe
Prep Time 15 mins
Cook Time 20 mins
Total Time 35 mins

Pin the recipe so you don’t lose it and check out these mains that will go great with this dish:

This all looks so delicious!!

Thanks, Lindsey! I hope you try them sometime!

I’m saving this for the weekend…when the little one is being watched by my hubby. Looks devine!

So smart! You’ll love it!

I’m so excited to add this to my menu this week! This combo looks perfect!

It is divine! Thanks for stopping by!