May 8, 2017 by Marta Rivera
This recipe is easily doubled. A full brioche recipe will make two loaves.
Get Recipe
120Shares 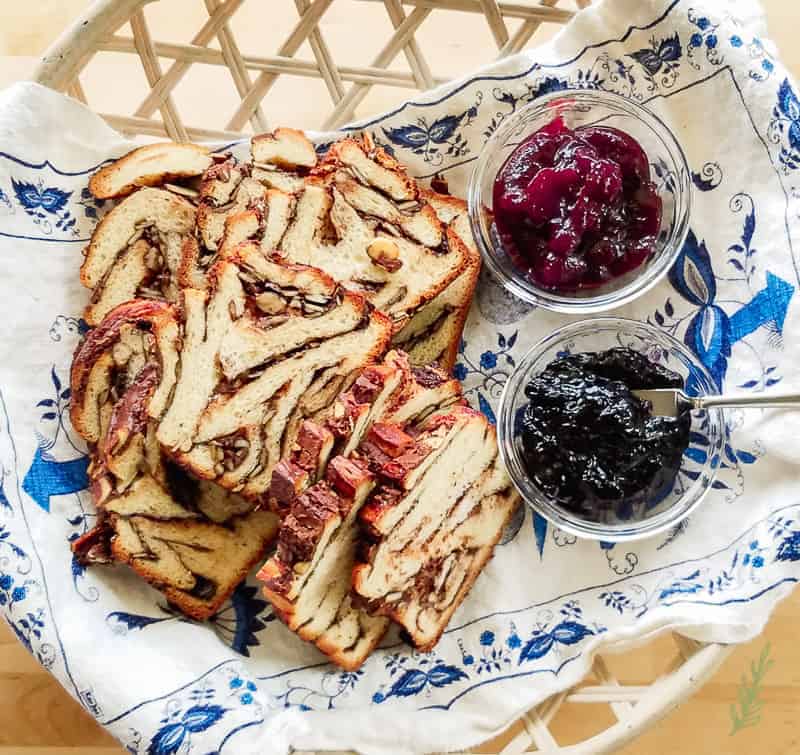 Mother’s Day has snuck up on me faster than I’d like to admit, Friend. During a separation, your internal calendar tends to get a little out of whack. Holidays come and go in a flurry. So it is with this Mother’s Day. There are too many heartaches associated with Mother’s Day, for me, so I’ve never celebrated the holiday with gusto. This year, though, I wanted to share a recipe that is a favorite of mine. This loaf of Nutella and Almond Brioche is it.

It’s no secret that I have a thing for brioche bread. I don’t know that there’s anything to dislike about the buttery, flaky, pillowy (I got plenty more adjectives, people) bread. Of course, one never thinks they can improve upon greatness. I was once foolish enough to believe that with regards to my brioche. One lazy Sunday morning, my eyes happened to fall upon a brand new jar of Nutella, and all that changed.

My son is a Nutella nut (pun intended) and he’s also a great little sous chef. I knew that he would love developing a new bread recipe with me- especially if a few hits of Nutella was in it for him. We set out to make a nutella brioche and my little apprentice suggested topping it with a nut of some variety. I let him make the big decision and he returned from the pantry proudly displaying his selection. And, thus, my nutella brioche became our nutella and almond brioche.

This recipe, when using the brioche recipe from above, is pretty straightforward. The loaf is essentially a babka, except the streusel topping is replaced with slivered almonds. Doubling and twisting the sliced loaf makes a for a dramatic baked bread. Nutella and Almond brioche is always received with exclamations of “Oohs” and “Aahs” when served at my table.

The almonds can be replaced with any nut that you prefer, or as mentioned above, replaced altogether with a streusel topping. Nutella and almond brioche, like most of my breads, also freezes beautifully. Make two loaves and freeze one after wrapping in plastic film, followed by a layer of aluminum foil. It’ll keep for up to two months!

Why is this my first recipe for a Mother’s Day recipe series? Well, that’s due to the fact that it was the first recipe collaboration between my son and I. I have a feeling, it won’t be our last. 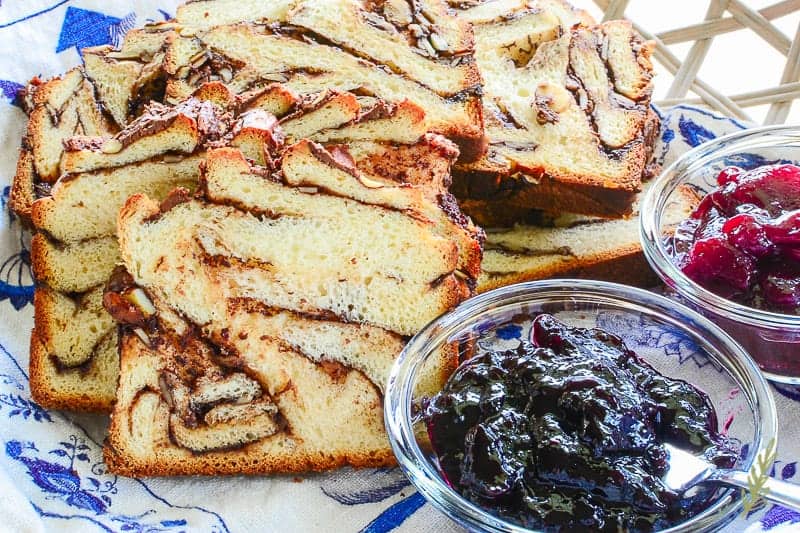 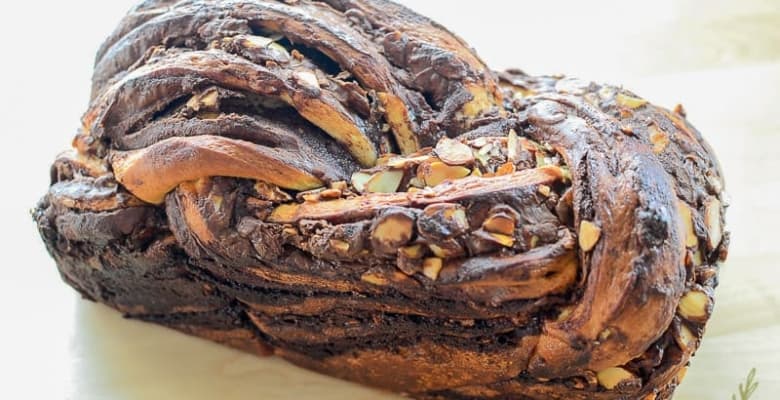 Also check out these great recipes for Mother’s Day:

This looks totally amazing! I would love to make this, looks delicious!

I hope you do make it, Julie! I think you’ll love it as much as I do.

I’ve always wanted to make brioche because I love it but the folding part looks so tricky.

This brioche is rolled like a babka, which you totally don’t have to do, Cristina. You can leave it like a cinnamon swirl bread, instead. Most brioche is just balls of dough smooshed together in a pan to form those ubiquitous bumps we all know and love. It really is fluid.

This looks and sounds so yummy!! I’m going to have to bookmark this recipe!

Great! I hope you think it’s as great as we do, Keating!

Oh man, where was this recipe when I was trying to use up some Nutella in my pantry a few weeks ago?! LOL. We like nutella but are not die hard fans of it, so a jar tends to sit around for a while until I find a recipe like this. I know what I’m making the next time we get a jar on sale!

LOL!! Meanwhile, in MY house, I’m yelling at my preteens to stop eating the Nutella by the spoonful. Only to have them yell back, “But, Dad does it all the time!!!” I hope you love it as much as we do!