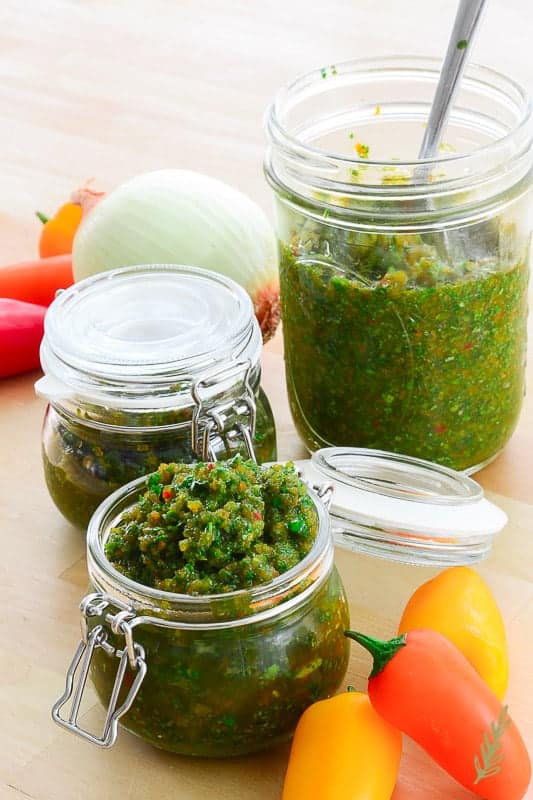 This is a picture of Green Gold, my friend. Commonly known as recao; some also call it sofrito. No matter what it’s called, this flavoring blend, found in most Caribbean cuisines, is money. I once knew a family in Brooklyn who got busted in a sting for operating a recao supply chain illegally. Word on the street was that a rival was unhappy with the fact that they had the recao game on lock and ratted them out to the “man.” But, I ain’t no snitch, so you didn’t hear it from me. Let’s just say if you know how to make this, and live near a few Puerto Ricans, Dominicans, or Cubans…you’re the next Tony Montana.

I’m gonna hook you up. 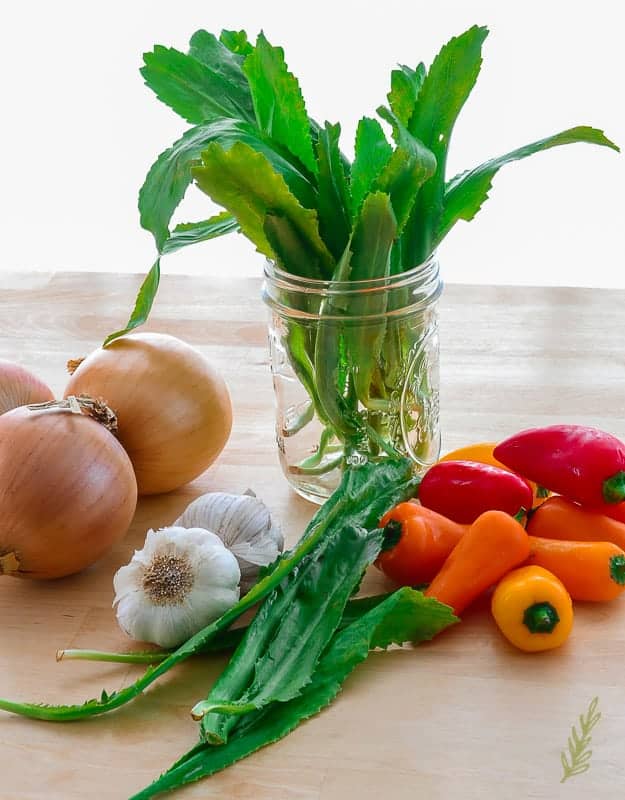 Recao is a flavoring base that is used to add a unique taste to many Caribbean foods. I use it in my pernil (Roast Pork Shoulder) recipe, my beans, my ground meat. Pretty much anything that I cook from the island begins with this flavoring. The main ingredient, and flavor profile, is the culantro herb. That’s not a typo. Culantro is not the same herb as cilantro. The two have very different tastes; culantro’s being the stronger of the two. Funny enough, while doing research for this post, I learned that the word culantro is Latin for “foul smelling thistle”. After reading that it makes sense because the culantro leaf does have very tiny thorns. I don’t think that it smells foul at all, but to each their own. Recao, as it’s known in the islands, is also called Mexican Coriander, and some people regard it as a weed.

While people use the names “Recao” and “Sofrito” interchangeably, I’ve come to find that sofrito has tomatoes included, whereas recao does not. Hence the name, recao. Since I usually add tomatoes during the cooking process, I omit tomatoes in my recao so that I’m not bound to a tomato flavor when I don’t want (or need) one.

Where can I find it and how do I store it?

Recao is found in most Hispanic grocery stores. Find the nearest Puerto Rican or Dominican neighborhood and start looking. Shockingly enough, when we lived in Germany, I was able to find it in the Chinese supermarket.

Once you’ve prepared your recao. I highly recommend freezing it in ice cube trays if you don’t plan to use it on a regular basis. If you think you’ll go through it quickly, just store it in a mason jar in the fridge.

A typical cube of this stuff is all you need to flavor a batch of beans or ground beef. It will keep frozen for up to 4 months. Using it is almost as simple as making it. Heat your oil, drop in a tablespoon, or two, and sauté until fragrant. Using recao eliminates the need to use onions and garlic- unless you need to add extra flavoring. It adds quick boost of flavor to anything you may cook.

Now- once I post this recipe- every Puerto Rican and their mother is going to tell me how this is not the way to make recao. Truth be told, every recao recipe is unique to the family who’s creating it, so there’s no right or wrong way. And to keep it totally honest, Hector’s Abuela taught me how to make this recao and Abuela was never wrong. So, the most I’m going to have to say any naysayers is, “Thanks for the comment.”

What do I need to make Recao? 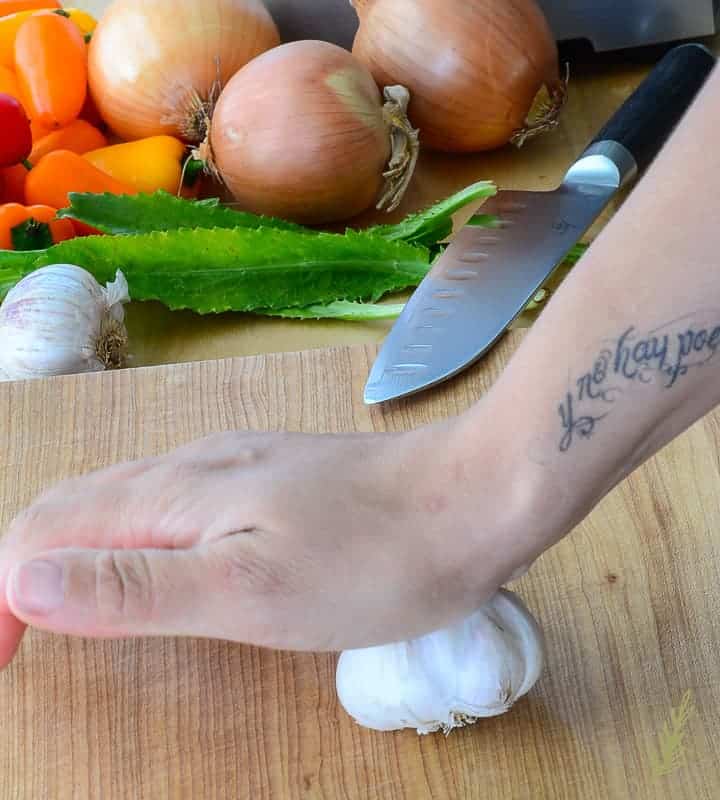 Alongside the culantro leaves, you have the supporting cast of garlic, onions and sweet peppers (ajies dulces). Creating the recao begins with peeling a whole bulb of garlic. My tried and true method for doing that quickly is to break up the head of garlic with the heel of my palm. 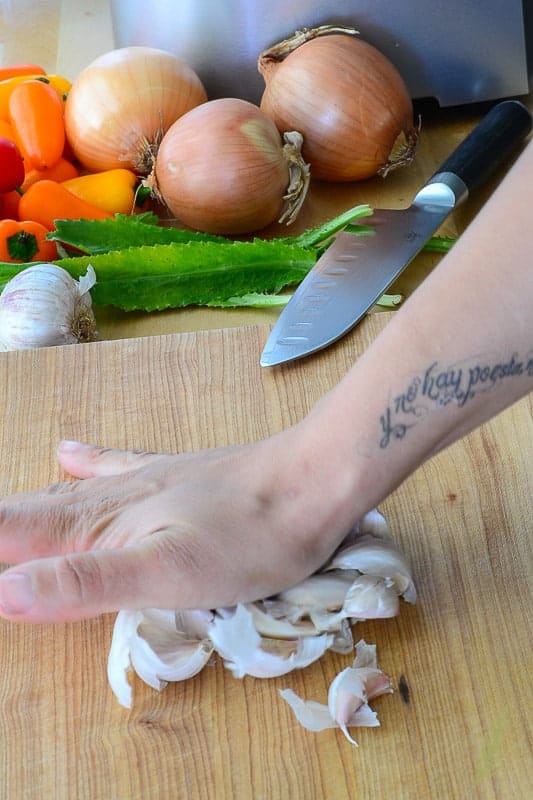 After I force it into submission, I sort through the viable pieces. Using those minuscule slivers of garlic that every head has is an exercise in futility. Skip over them. 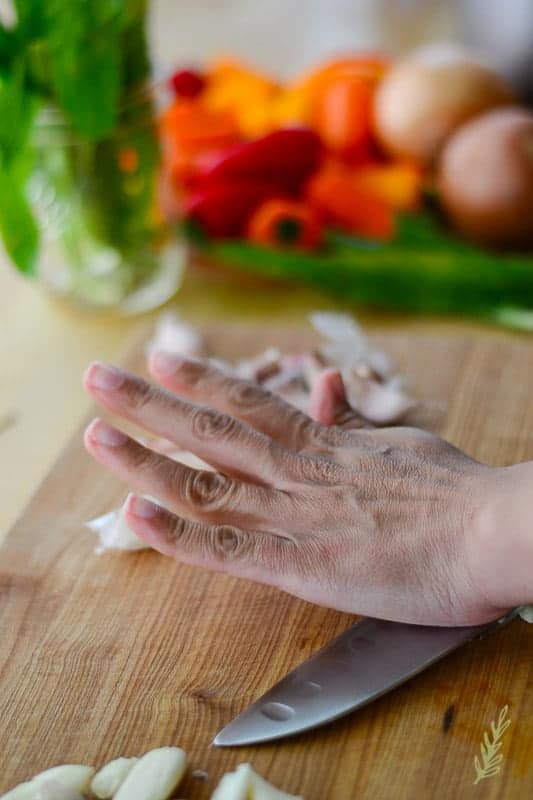 Once you’ve sorted through, and found, your usable cloves, take the base of your knife and use the heel of your hand to WHACK ‘EM!!! Really. Just smash them to smithereens. You wanna know why? 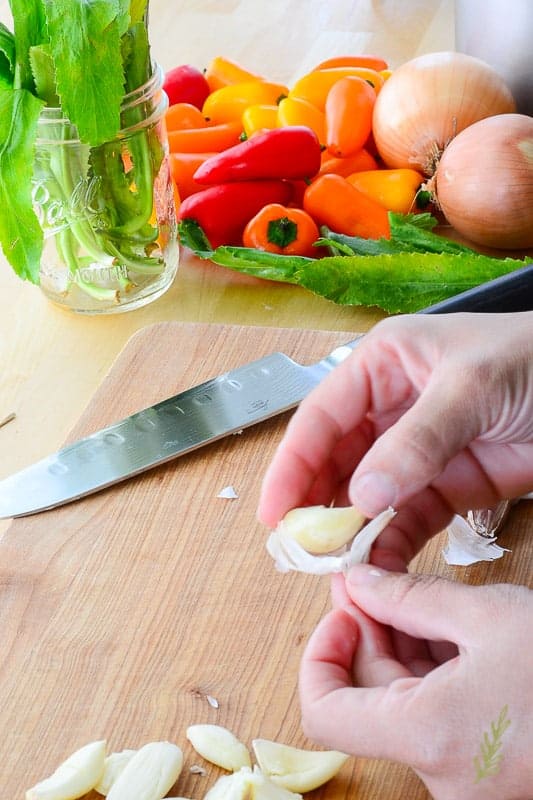 Because the skin just falls right off. Forget those silicon rolly-mat deals. Toss the mason jar shaking theory. This is the fastest way to peel a clove of garlic. Obviously it won’t work if you’re making a dish that requires the cloves to be whole. However, in this dish, we’re blending them into a paste, so it won’t matter. Set your pile of garlic aside so we can work on the onion. 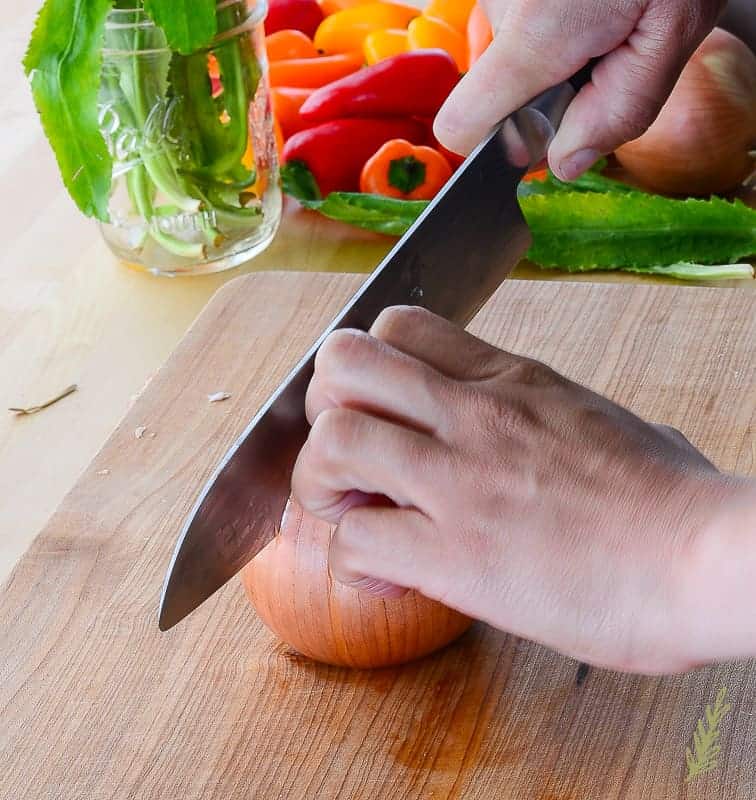 You know the trick to not crying whilst cutting an onion?

Seriously. How many of these old wives’ tales on avoiding the inevitable actually panned out? None of them have. You’re gonna tear up, just deal with it. But, you don’t have to deal with it for long if you know an efficient way to cut an onion.

My tried and true method is to: first, lop off the non-root end. The root end looks like it has hair on it. You want to keep that end because it holds the onion together. Take a slice off of the opposite end, so that the onion can stand up on its end and be stable. You don’t want this gas grenade to roll all over the countertop. 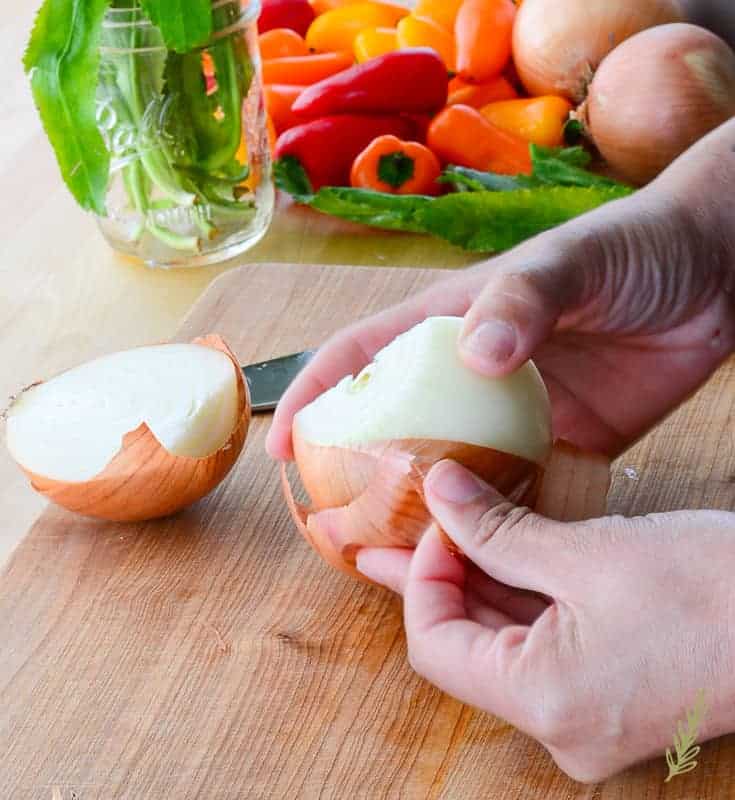 Now that it’s cut in half you can peel away the papery skin. The quicker you accomplish this, the less tears you’ll shed. The onion’s sulfur compounds are now wafting to your eyes to get intimate. Peel back the skin and discard. 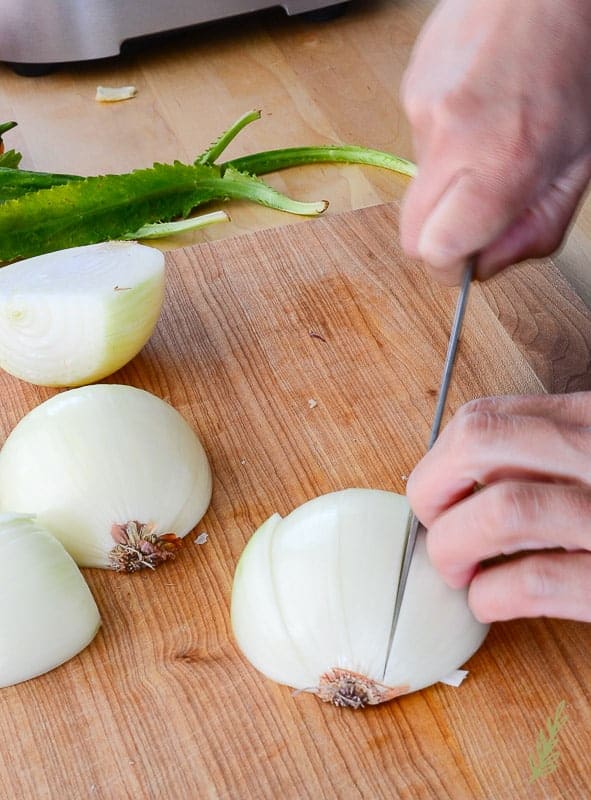 Now lay the onion half on its flat side and cut in fifths down its the length. Almost done. 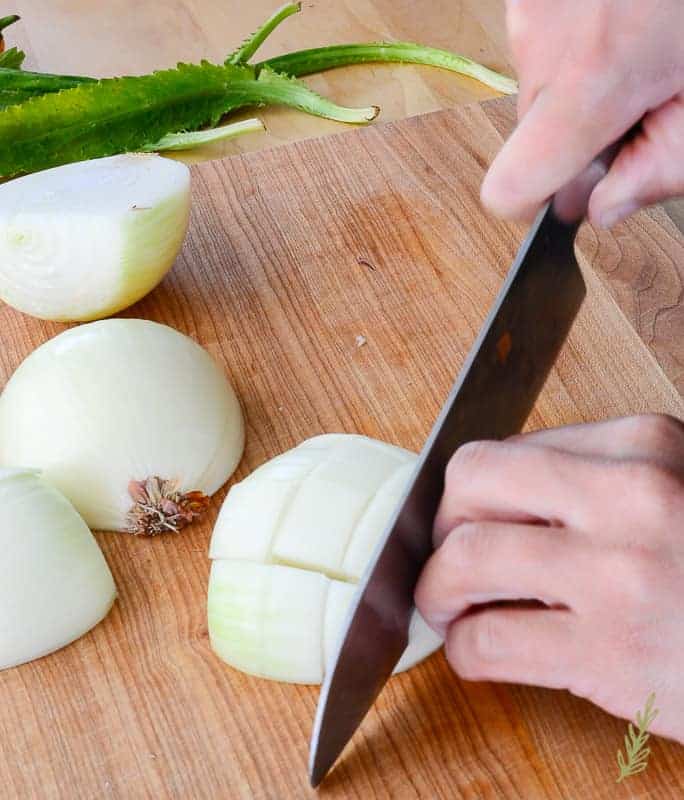 Turn your knife and cut in fourths. You’re done. This process is the same no matter if you’re chopping (what is pictured), dicing, or mincing. The only change would be the size of the slices and cuts you make. The steps are still the same, though. Put the onions into a food processor and wash your hands and rinse off your knife. Grab a wet paper towel to wipe down the board, and you’ve just removed the offending gases. 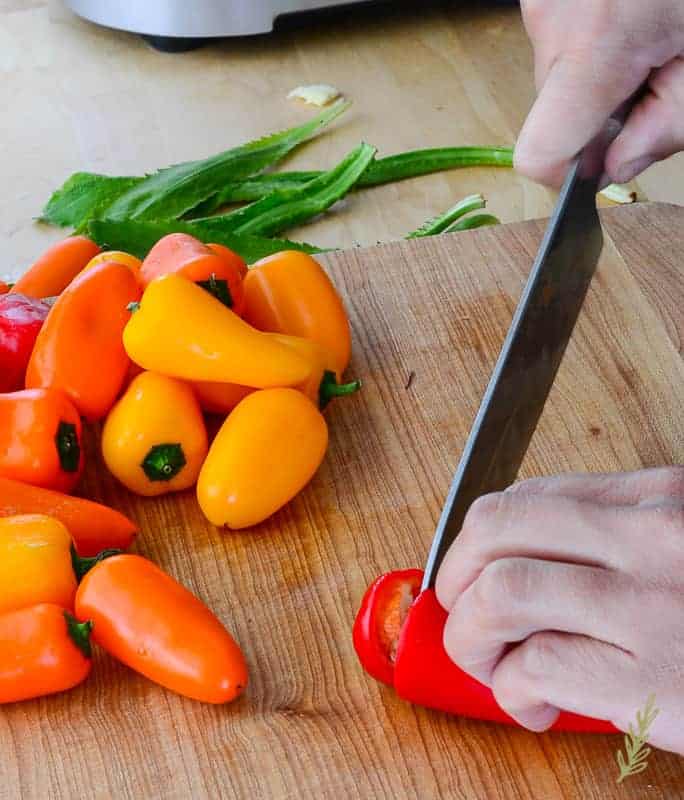 You’ve probably eaten sweet peppers with hummus or ranch dip, here, we’re using them to add a bit of depth to the recao. Like their bell pepper cousins, sweet peppers are devoid of capsaicin. All that means is that there’s no need to worry about them being spicy. To prep the peppers for the base, just lop off the stem end. 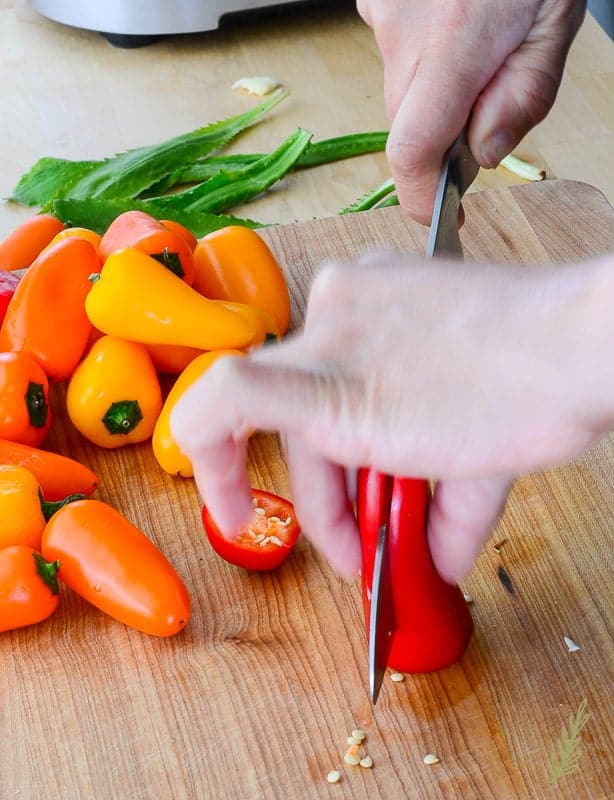 Now you can either turn it up onto the the flat side (like I’ve done), or you can simply cut it half lengthwise. 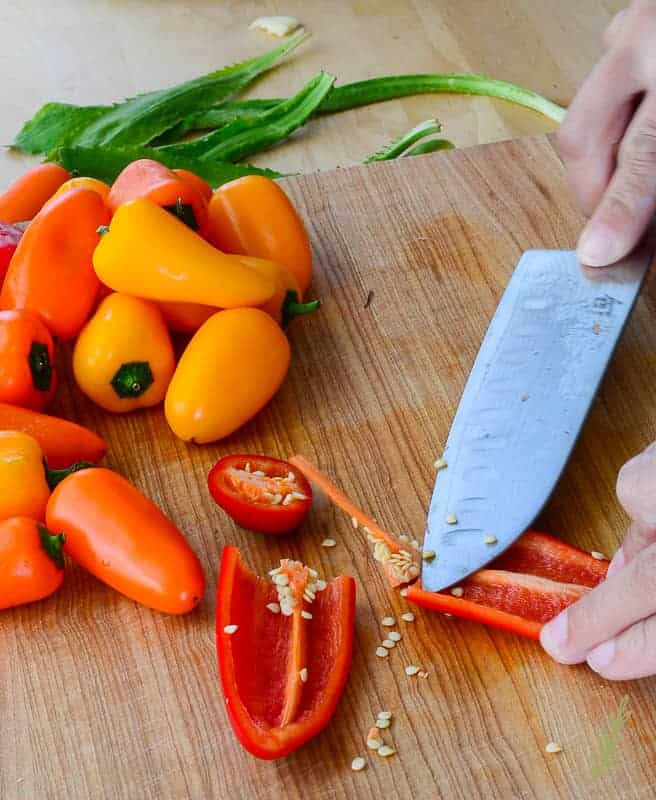 Using the broad side of your knife, try to flatten it while you run the blade down the inner ridge. You want to remove the seeds as best you can. It’s not critical to remove them all, but I’ve found my recao tastes bitter when I add them. 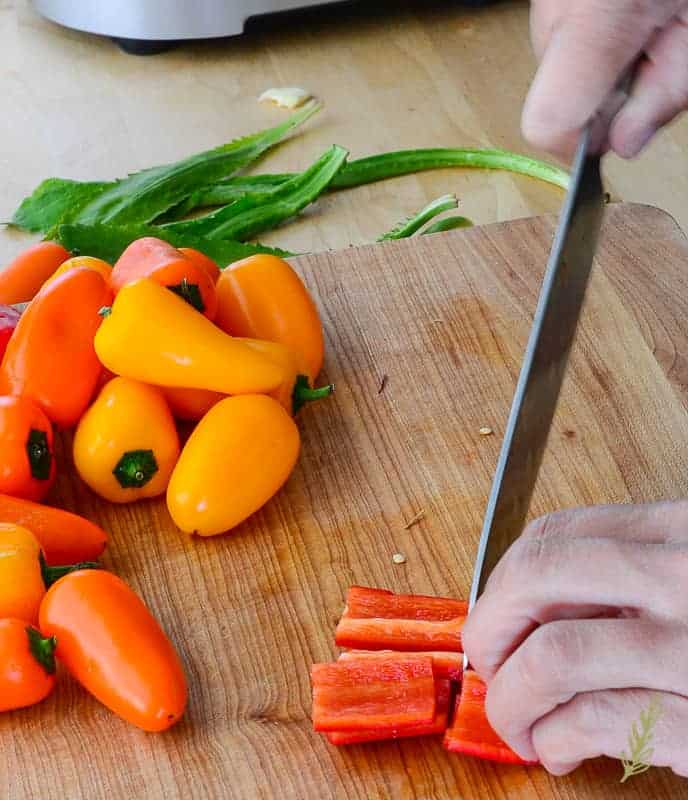 Now slice in half down the length again, and turn your knife to slice in fourths. Place those into the bowl of your food processor as well. Time to pulse.

A side note: the sweet peppers I use here are not the same ajies dulce that are typically used in recao. Aji dulce (sweet pepper) looks like a green habanero. If you can find them, use them instead. The sweet peppers here are more widely available, so they’re great substitutes for making your recao.

Blend- or Puree- the Recao 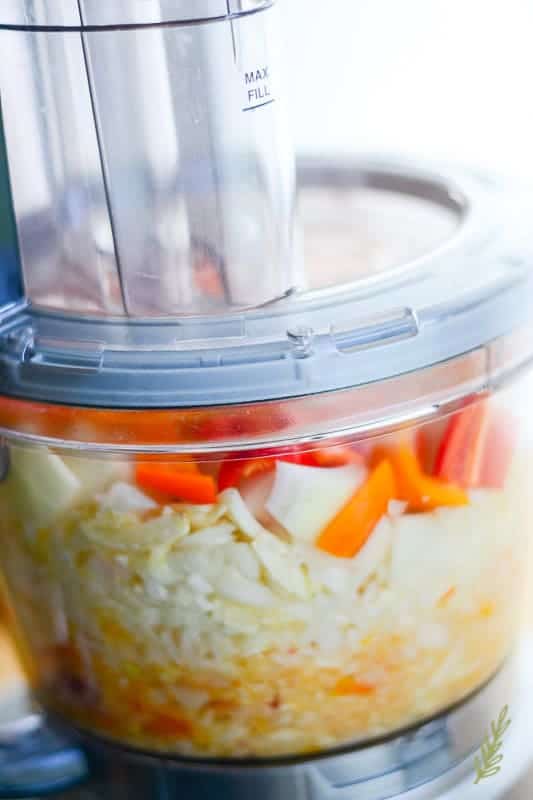 First, start by pulsing the mixture a few times. You don’t want to liquify the recao you want it to be the consistency of your favorite Mexican restaurant’s salsa. 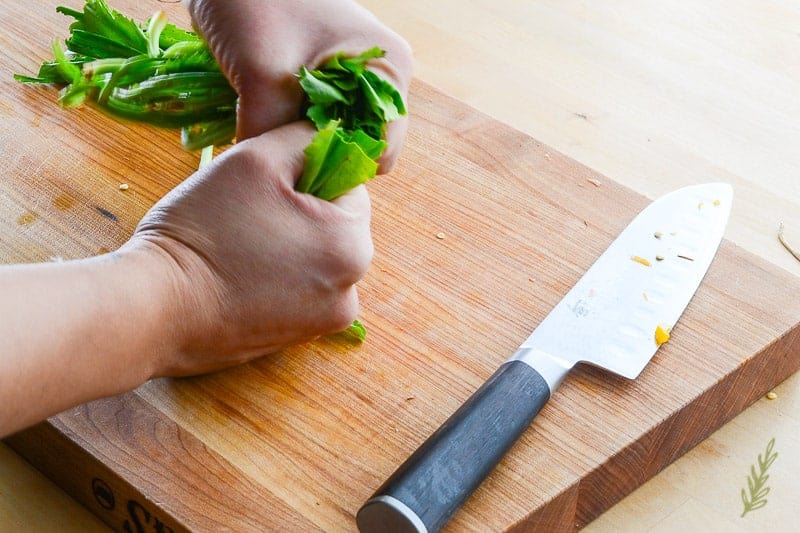 Last, but certainly not least, the star of the show. Just rip the rinsed recao into thirds. No fuss, no muss. Toss that into the bowl and get ready to finish this off 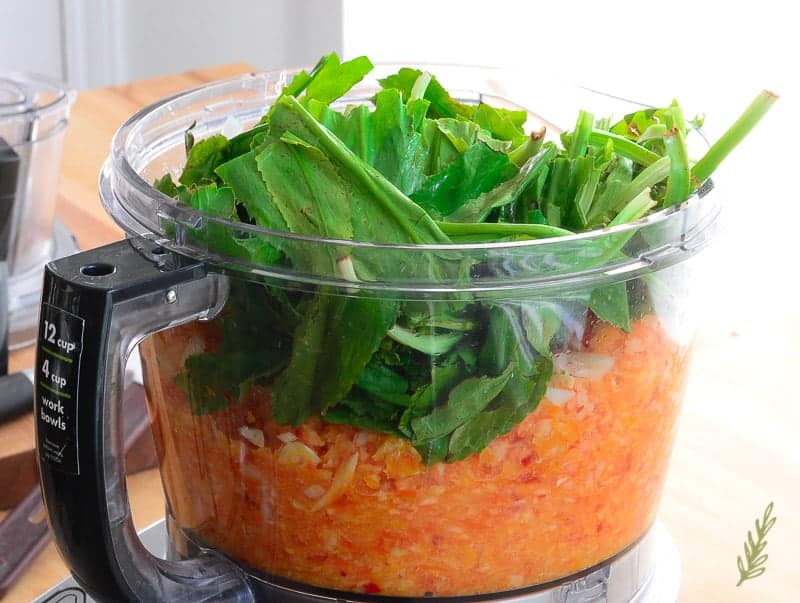 Pulse a few more times to break down the recao leaves.

OKAY!! Okay. I have a confession to make. I feel like I’ve been living a lie. There’s something I need to show you, but you have to promise not to judge me. Promise! Promise? Okay… 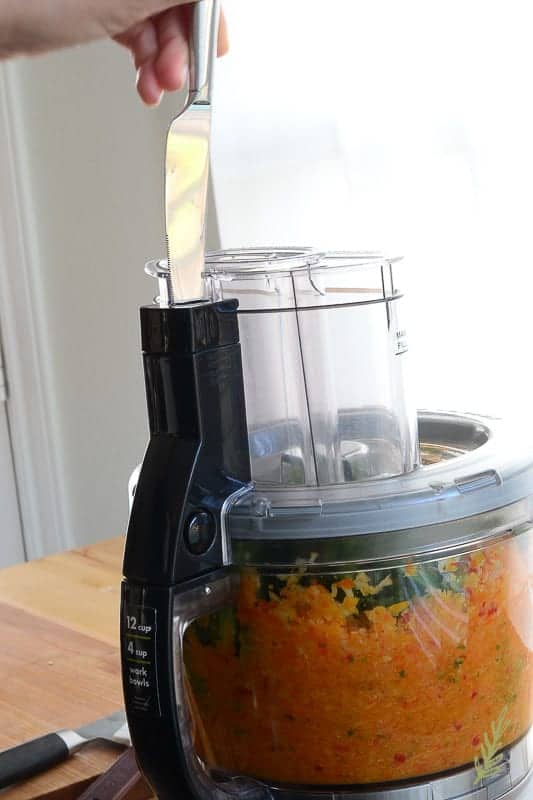 Whew!!!! I feel so free. Thank you for listening and not judging me.

You’re laughing, aren’t you? Since I can totally feel your judgy eyes, I know you are.

Pulse your recao in your “unbroken” food processor until it looks amazing.

Store and use as needed

Pretty amazing, no? Now you can use this base in all SORTS of amazing Caribbean dishes. You can even try some in your favorite recipes.

Pin this recipe for later and show your friends you’re the new recao person in town! 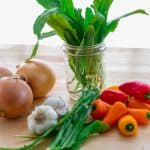 Use this as a flavoring base for any of your favorite savory dishes. Culantro is commonly called Mexican Coriander. Do not mistake it for cilantro.

Recao will keep, frozen, for up to four months. It will keep under refrigeration for two weeks.

Try these other amazing ethnic recipes: 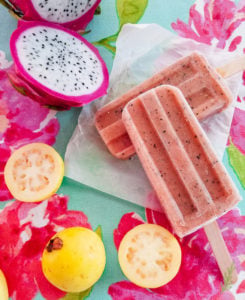 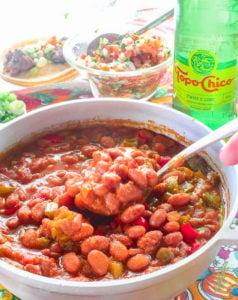 ***THIS POST CONTAINS AFFILIATE LINKS. TO FIND OUT WHY THAT’S A THING, READY MY DISCLOSURE PAGE HERE.

Open
They told me it was National Get Lit Day!! They ph

Open
What do you consider to be picnic/BBQ/cookout food

Open
Double tap if you know what a TV Dinner is! Which

Open
We stopped going out for Valentine's Day many moon

Open
#ad My friends @wipork and I wonder if you've ever

Open
Searching for a great weekend baking project for y

Open
It's #nationalporkrindappreciationday and while th