Framing and Building your custom home is the most frustrating yet exhilarating phase of the process. There’s no denying that building a custom home is a stressful mountain to climb, but this particular part of the project is the pinnacle of that stress. We hope these insights will alleviate as much stress from the framing and building phase of your custom build as possible. 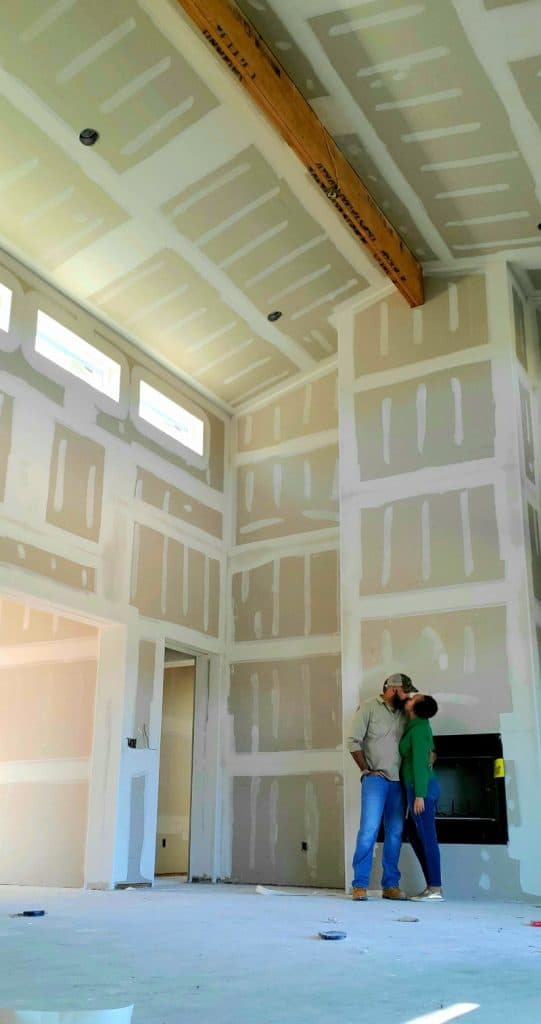 Why Did We Custom Build Our Home?

In Part 1, we told you why we decided to build our forever home instead of buying it. Everything we needed for work, life, and longevity required us to build our home. Pre-built or pre-fab homes didn’t have everything that we considered a basic necessity in the home we planned to die in, to put it bluntly.

Later, we talked to you about the Design and Selections process of the custom home build. That is, hands down, the most fun part of the process, especially if you have a terrible builder. Mainly because they haven’t had a chance to ruin the dream for you as ours did. I suppose the moving in part is the most fun for other people; not our case, but these posts will make it so for you.

What Are the Framing and Building Phases? 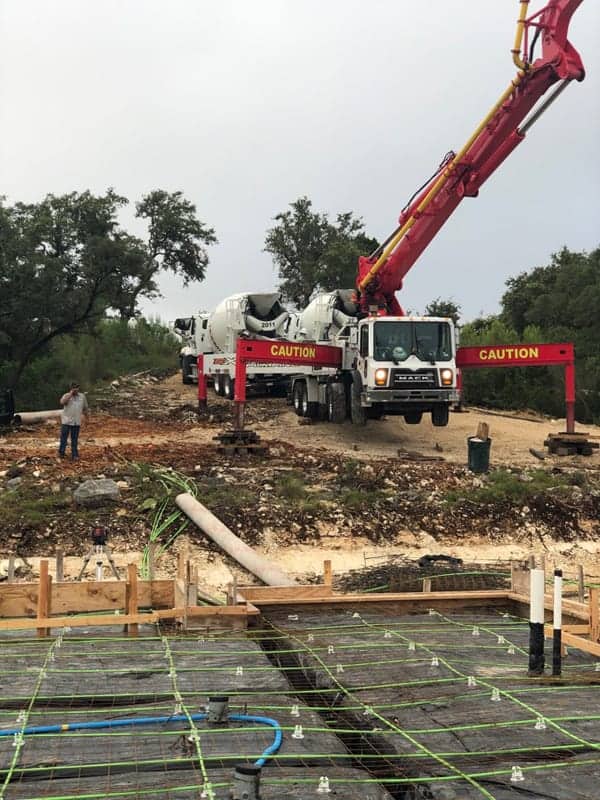 Let me introduce you to the most stressful, frustrating part of the custom home build process. I mean, at least it was for us. The framing and building was a horrible experience for us. I’m not trying to freak you out, but most people find that framing and building are the least enjoyable parts of their build.

Building the foundation is the first step of a home build. Our home’s foundation is a “post-tension slab on grade,” that’s fancy-talk for: they used bags of dirt to create large blocks that were then surrounded with rebar and concrete. Later, large steel cables are run and anchored on the wooden forms. The forms are what shaped the slab’s perimeter. Finally, concrete fills the slab. The requirement for our slab was 4-ft thick concrete on the sides and surface and 1-ft of steel-reinforced concrete between the dirt columns.

The cement cures for some time (3-10 days, depending on outdoor temperatures), then, to increase the pressure of the concrete, the cables are tightened. Finally, after the cement cured and engineers signed off that our house wouldn’t tumble down the hill in a couple of years, the forms were removed, cables trimmed, and we had the base for our home.

That’s the gist of it. So, unless you’re framing and building a yurt or something, that’s also how you can expect the process to go for you.

Things to keep in mind during the framing process:

What Happens During the Framing Process? 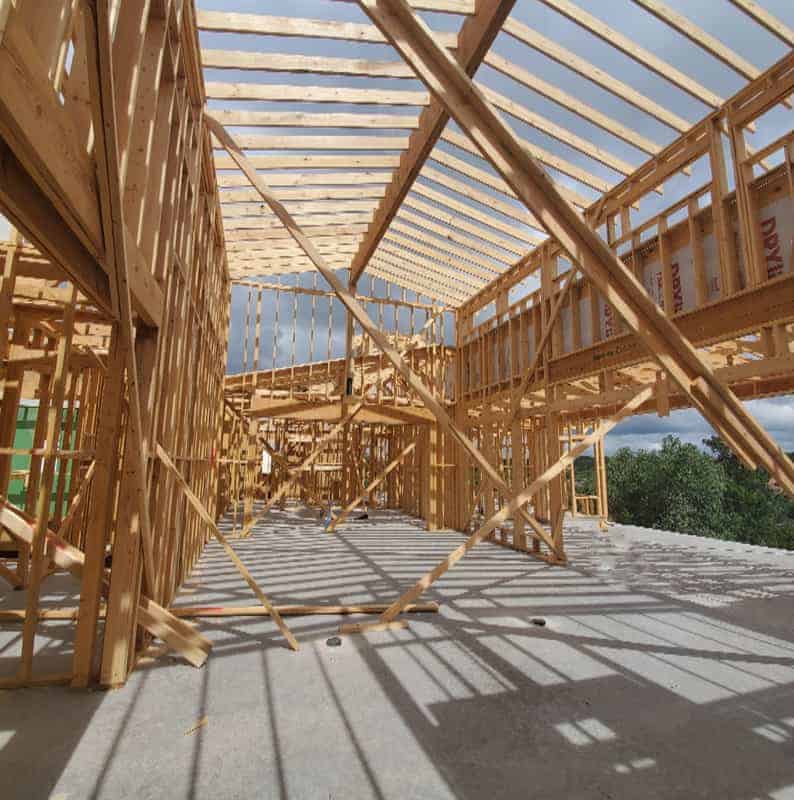 Framers get busy after the engineers sign off on the concrete slab. Later, they deliver your framing materials. The most common studs and bases are 2x4s or 2x6s of pressure-treated lumber. The joists and rafters holding your ceilings will vary based on the estimated weight of your roof. If you are building a 2-story home, the platform separating the floors will also have specific requirements based on the estimated load. The house moves to a “dry-in” or “dry-box” state after framing is complete. They then install your exterior walls and ceiling bases, which keeps most of the weather out.

Following dry-in, the trades will begin “rough-ins.” Electricians, plumbers, low voltage (think data and audio for your smart home devices) start to run their respective conduits, cabling, and pipes. Everything that goes inside the walls is templated. PAY ATTENTION! We almost didn’t get a plug for our wine fridge. Never mind that the gas shutoff valve was an afterthought. Look at the space, look at your design, then look at the space again. You foot the bill for changes after the walls close up. As a result, now is a great time to adjust things to a location that makes the most sense. Your builder should have an electrical and plumbing verification walk on the schedule. This is another opportunity to review and ensure everything is in its place.

After rough-in is complete, your insulation is installed. As with everything else, different types have their advantages and disadvantages. We have blown-in fiberglass in our walls; a process we’ve never seen before. For our roof, we selected spray foam. One of the smartest choices we made, in my opinion. I climbed into the attic space the other day, and it was the same temperature as the house. Considering our old house’s attic was probably 150-175 degrees in the summer, that’s a lot. This is also an energy-efficient addition that will pay itself off for our first summer by helping our home stay cooler.

Important Things to Know About Dealing with a Project Manager 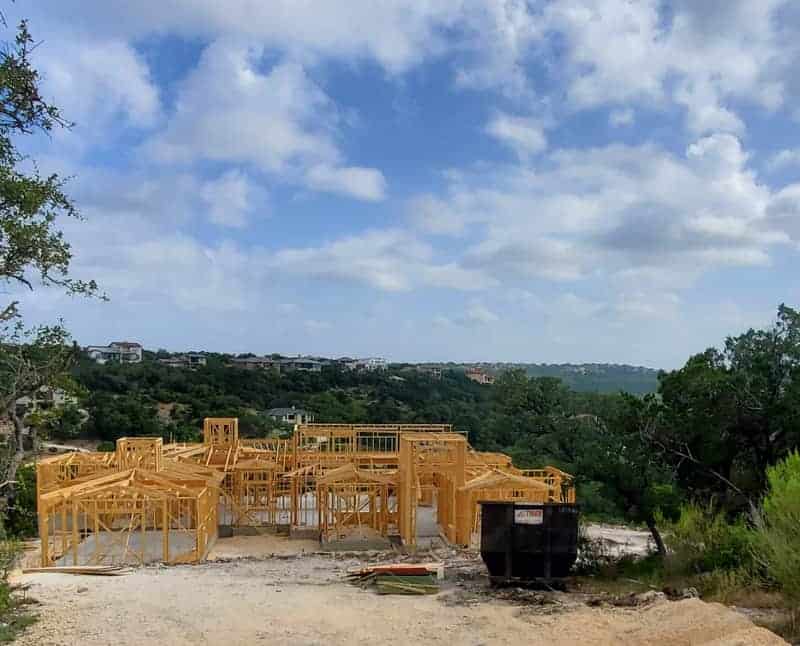 Things to Do During the Framing Phase 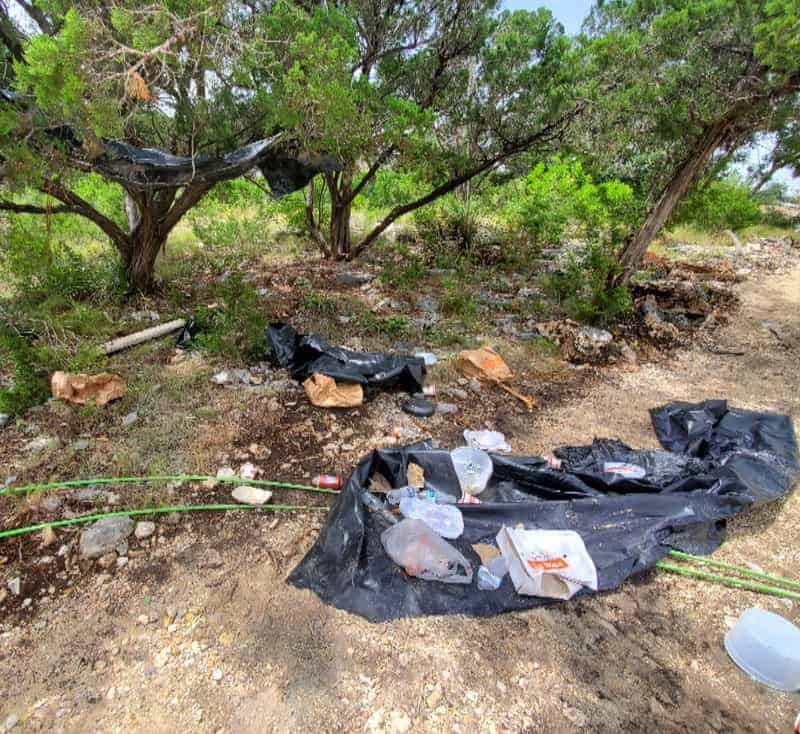 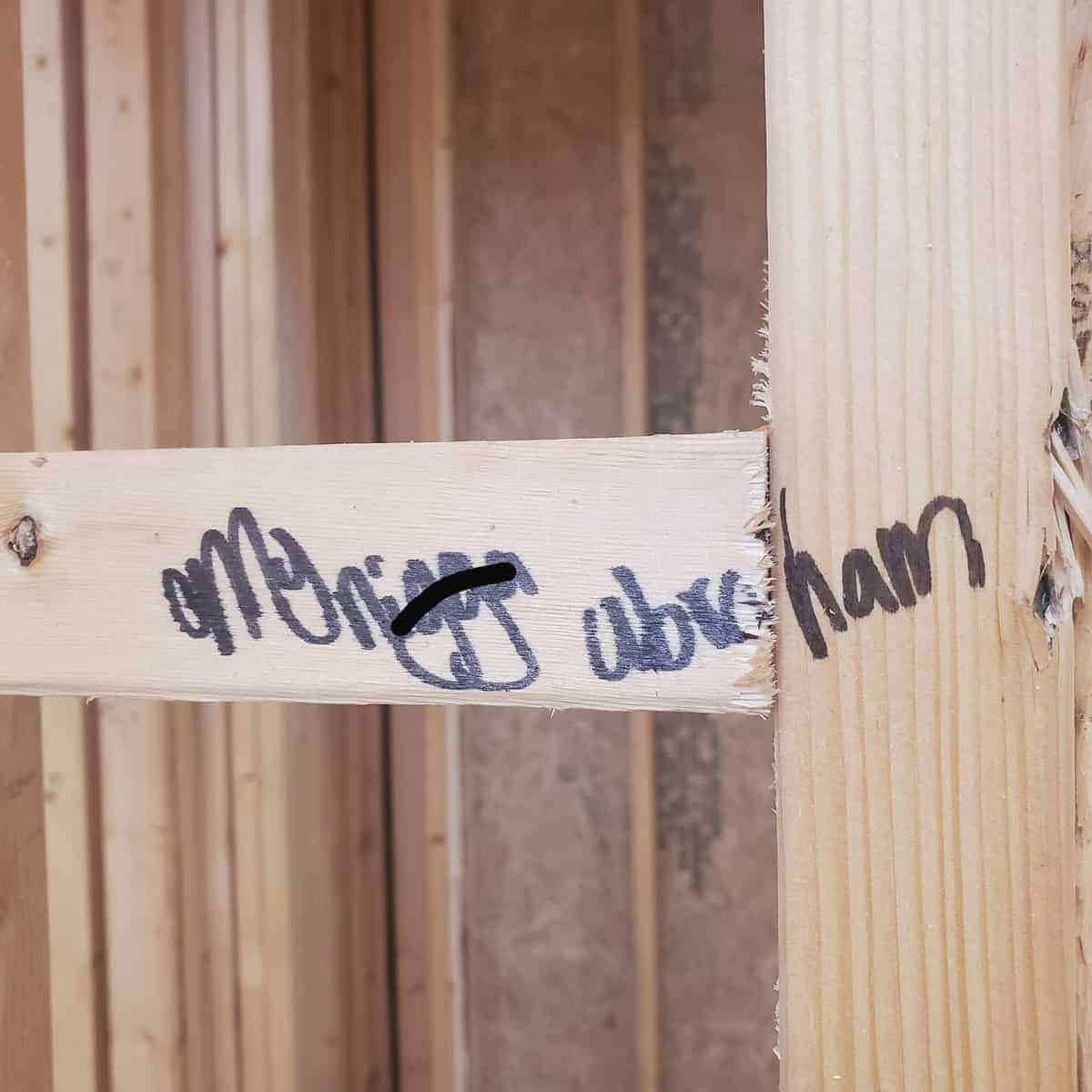 Can you see why this is the most stressful part of the build?

Personal Touches to Add During the Framing and Building Phase

Once I shared the racial slur written on our framing, our clan of friends and family rallied around us with suggestions on how to “sage the shit” out of our home. That someone did that to our home made our friends (and even strangers on social media) angry. Especially because our children saw it. So they came up with some suggestions on how to change the energy in our home: 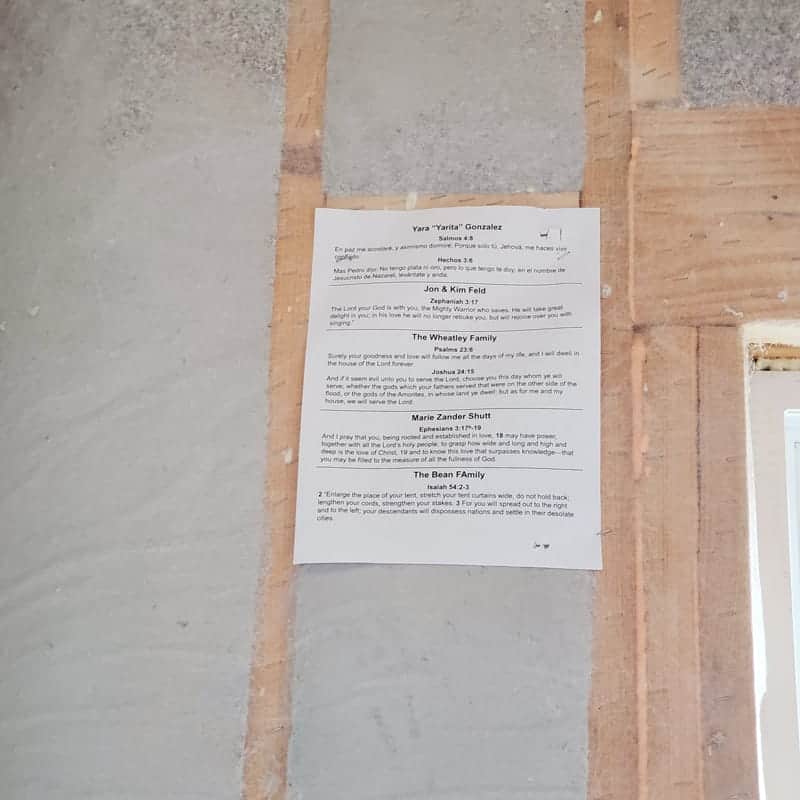 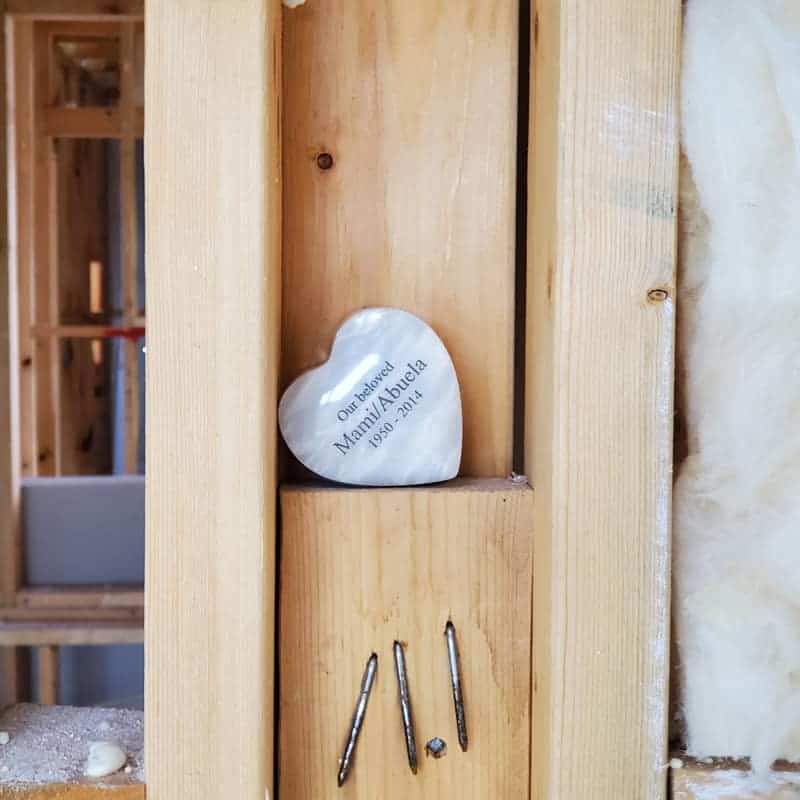 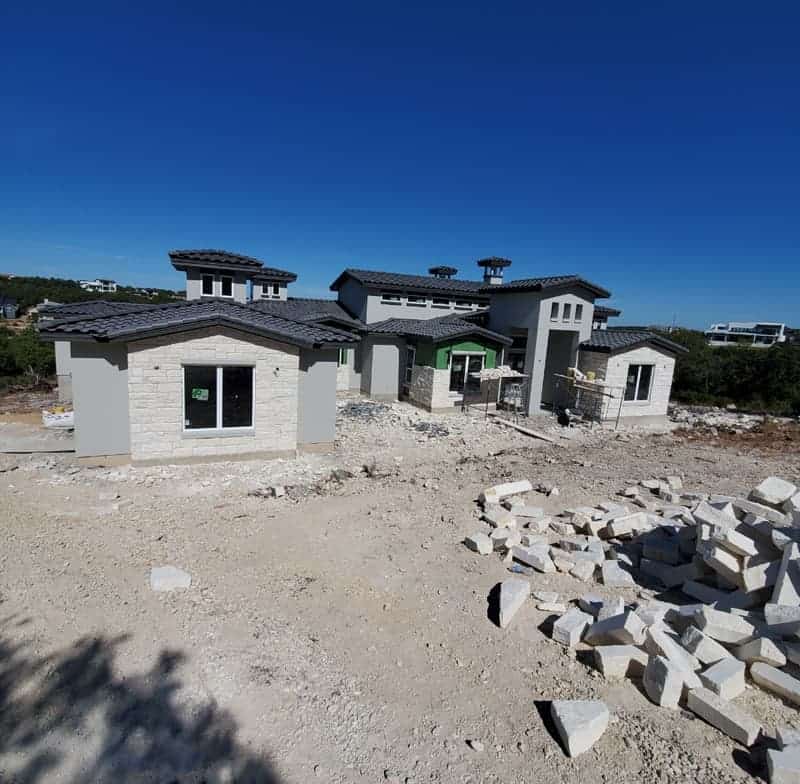 Stressful! I told you, nothing about framing and building is a breeze, especially when you have an apathetic builder.

I’ll add this. Master electricians raised Hector and he works in/around construction now. Ironically enough, he’s a project manager. So he knows what “under the hood” should look like. And you already know how I roll. Two Vietnam-era Airmen raised me and I spent most of my life as a pastry chef. Both gave me a heightened sense of attention to detail.

Case in point, the day I told the PM our fireplace mantle was off-center. He looked at me like I was crazy.
“It’s not only off-center; it’s not level.”
He, again, looked at me like I was crazy. He measured. I was right. He said: “I have never seen anyone do that, let alone from all the way across the room.”
“That’s what happens when you actually care about a job.”
He should’ve known since it wasn’t the first time I called him out on poor craftsmanship.

Here’s something to keep in mind. Most builders will subcontract the construction to companies that do nothing but that specific trade. Masonry, carpentry, electric, etc., all will be done by different companies. And, as with many other business transactions, the job goes to the lowest bidder. What does that mean to you? More people means an increased variety of standards, which also means more things to be aware of. Never lose sight of that as you check the phases of your build.

Things You Should Pay Attention to During the Building Phase? 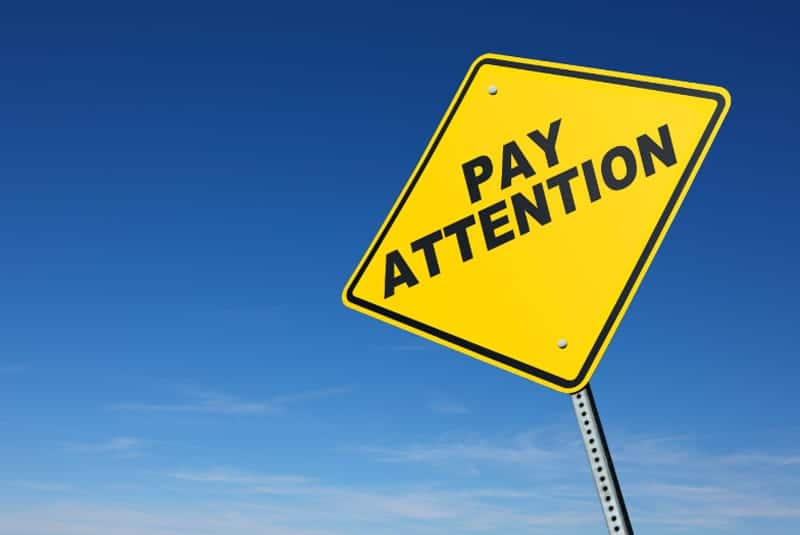 What to Consider During the Building Phase: 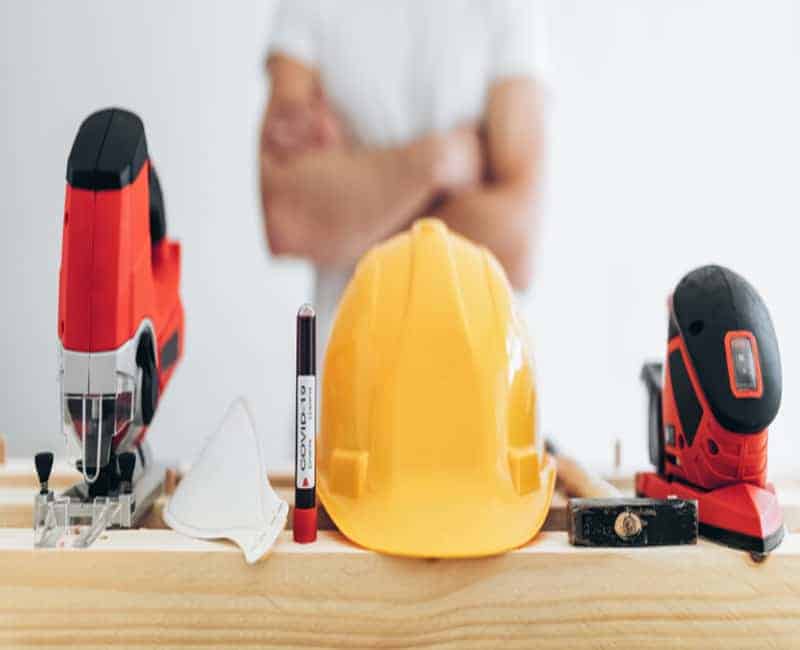 If you’re not familiar with construction, research it. Learn basic requirements for the type of house you are framing and building and the systems going in them. Also, check what the code requirements are for your specific systems. For example, our PM told me “there’s no requirement” to provide a railing for our patio, which is TWELVE FEET off the ground. I just handed him the building code, and he shut up.

In Texas, each city and/or county has its own code, so your city or county does as well. Know it.

Understand your building schedule and insert personal walks where ever you can. We had a bi-weekly walk with our PM, where we pointed out issues. We did our own walks every week, though. Don’t forget to show up unannounced and at random times, too. That way, you can find and address painters who take naps in the studio with their pants zipped down when they should be working. Yep. Been there and did that, too. 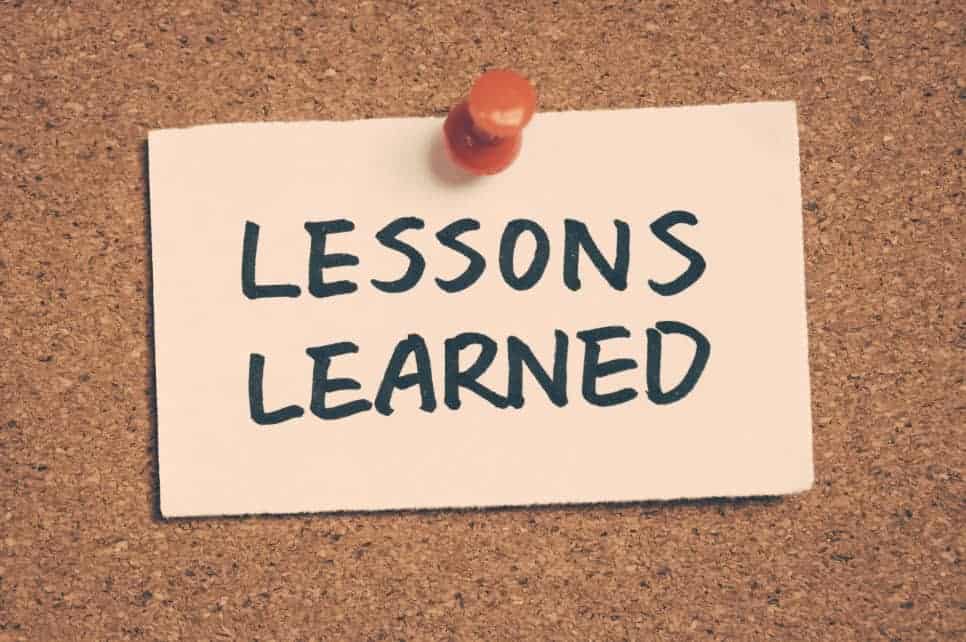 While I hope that your experience is better than ours, I’m a natural-born pessimist. As a result, I’m bogging you down with all of our disasters so you can prepare yourself to deal with them in an informed manner. In the meantime, though, this OG Mai Tai got Hector and me through many a walk during our framing and building process. I hope it helps soothe the frustration in yours should you come up against it.

Don’t forget to share this post with anyone you know who may be contemplating their own custom home build! 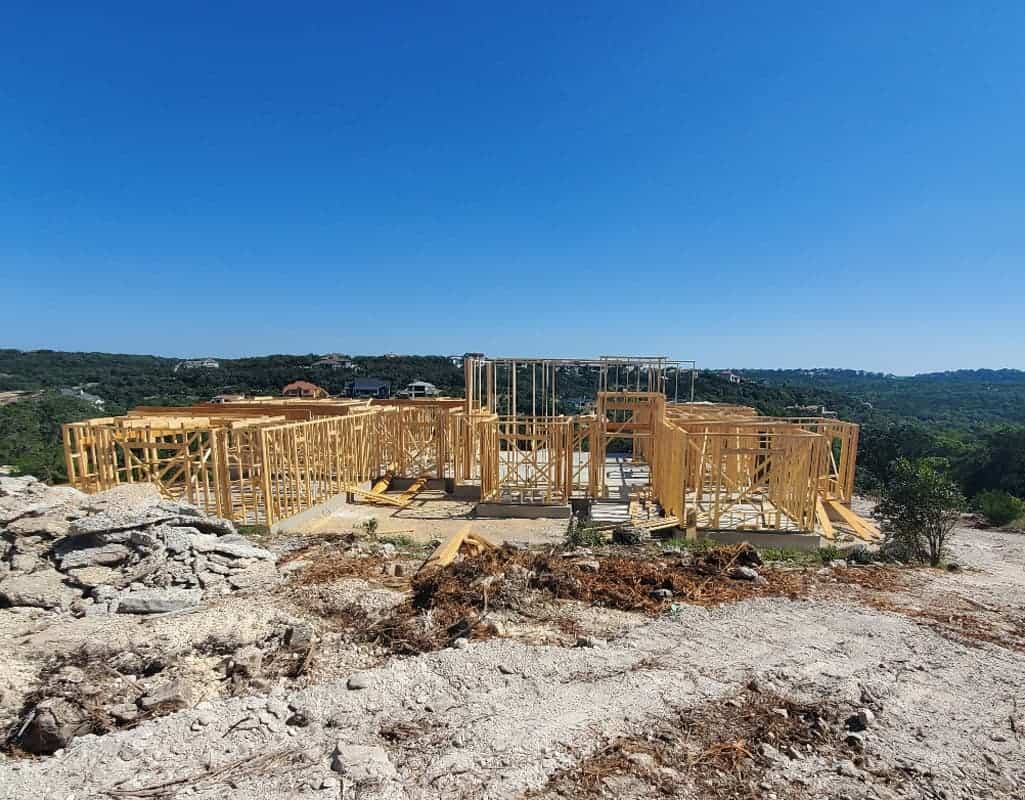 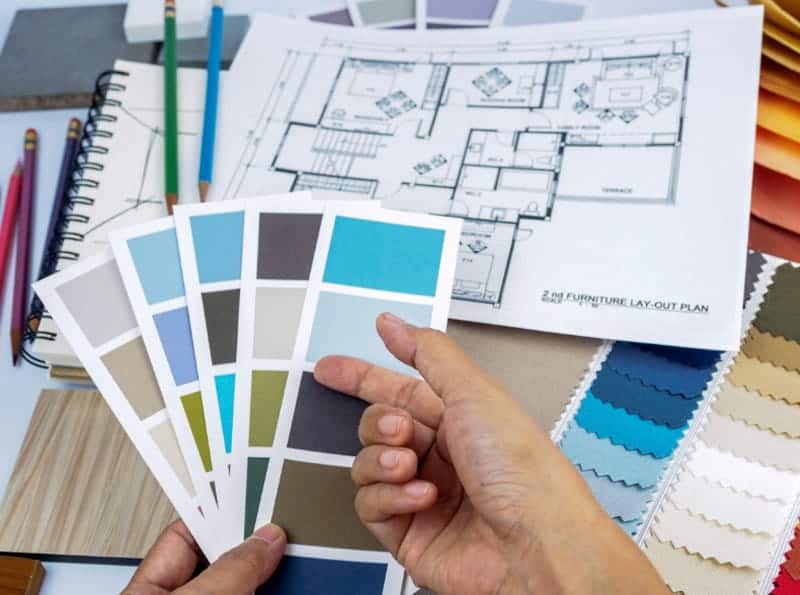 As a 35 year residential construction professional and licensed contractor, thank you for sharing this experience. And I’m sorry you had such a rough time with your home. Unfortunately these types of stories are too common, but I assure you not all builders operate as you describe. Daily site visits and open and honest dialogue should be standard operating procedure for custom builders (it is for us). Buyers should be wary from the start and do crazy research on their prospective builder. And DO NOT select a builder based solely on price. You cannot expect high quality and competent professional service for the lowest price. That is impossible. You get what you pay for applies to a custom home too. At the same time, a high price does not guarantee quality.
Choose your builder wisely-it’s a one year marriage that will be stressful some days. Find someone you can talk to and trust. That is way more important than a low price. Good luck and thanks for your posts.

You’re so right, Bill. It’s also important to remember that not choosing the lowest priced builder isn’t a guarantee that you’ll have a good experience either. Ours was certainly not the cheapest in the area and we see what that got us. I will say this is something I’ll never do again. Got the t-shirt and crappy postcard from this one and have no desire to revisit. LOL! Happy New Year to you and yours.

Those are great tips about a dealing with a project manager, they truly can make or break any home build for sure. We have decided that we will be the contractor/project manager on our next home for that very reason. Since you always work harder for yourself 🙂

Hindsight being 20/20, we would have done a much better job. Good luck Jen!

We just finished building a home. Honestly, I never want to do it again. It was such a headache! Hopefully the interior goes smoothly for you guys!

Never-ever-EVER! We are settling in well, Amber. Thanks.