Cutting the Cheese…and Being Okay with It.

I checked my email two weeks ago and found this message. Words can’t tell you how excited I was to have placed in my first, ever, food photography contest. The Cut the Cheese 2017 photo contest was hosted by cuttingboard.com and sponsored by John Boos & Co. I felt pretty amazing since this was my first time throwing my hat into the “Legit Food Blogger” world. Well…that’s not completely true; while I did feel awesome about my achievement- I think I was more excited about winning more cutting boards. 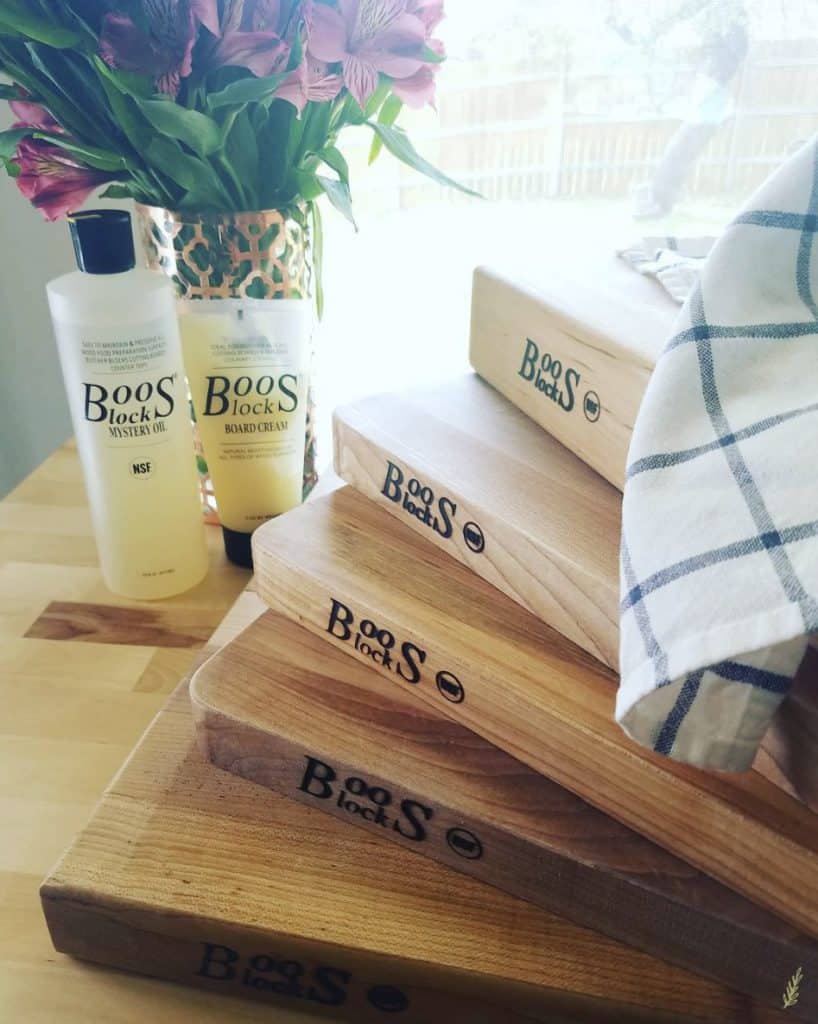 Anyone who follows me on Instagram knows my Boos Boards mean a great deal to me. At last count I’ve collected about onefivetenfifteenredsands. Shoot! My cutting board count is like my shoe count. What Hector don’t know won’t hurt him. Suffice it to say I have a cutting board for anything that needs to be cut. Including people who snitch to my husband about how many cutting boards I got. Savvy? 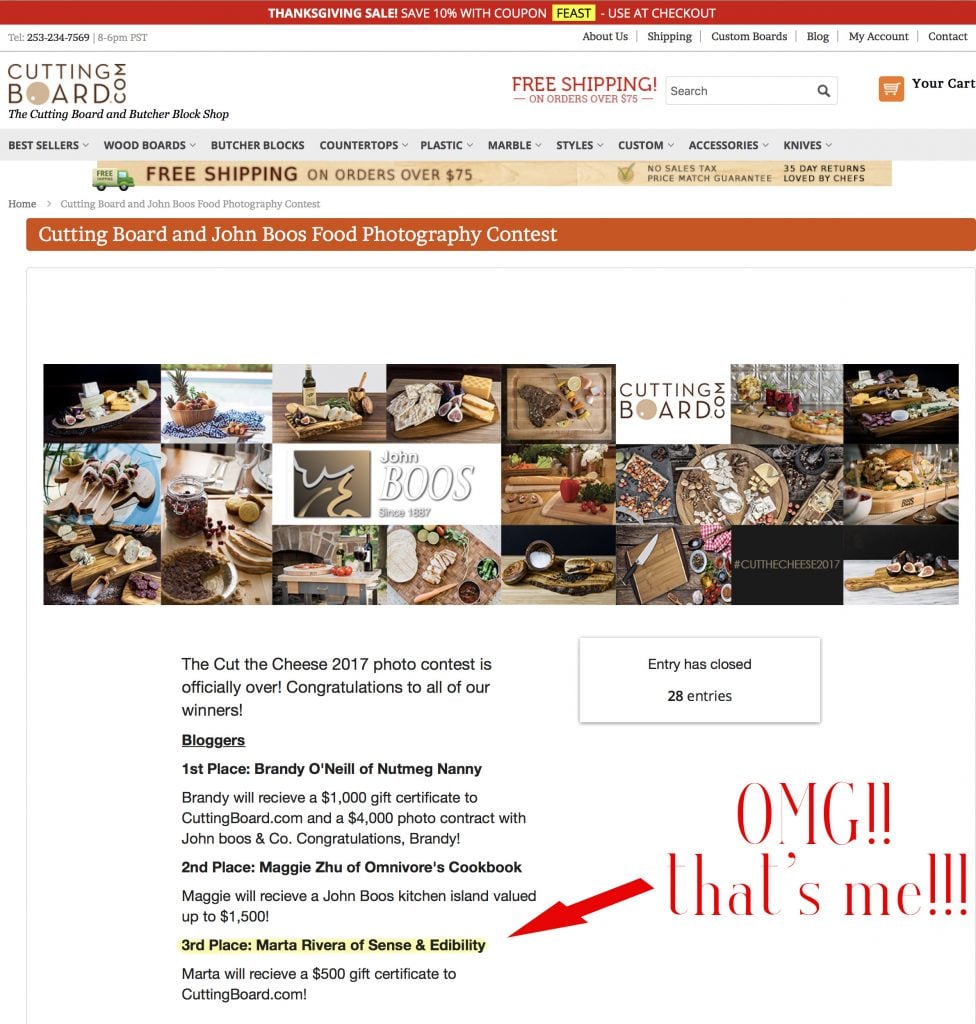 But, now, with this win, I get to feed my  “serious profession” with my winnings from the photography contest!! When I first realized I placed third, I was bummed. Third place is second place loser, isn’t it? You would’ve thought I slaughtered a baby lamb and its unicorn mate when I said that aloud to my family.

“WHAT IS WRONG WITH YOU!?!?! You should be proud of yourself!!!”
“First, stop yelling at me. Second, why do you say that?” (this was purely my need for attention in plying them to list all of my admirable attributes…the list wasn’t long)
“Well, it was your FIRST ever contest!” (did I mention it was my first contest?)
“That’s true. You’re right there.”
“And, you’ve only been a blogger for a year!”
“Eleven months, two weeks and five days…4 hours…but who’s keeping track?”
“Lastly, you saw the announcement, decided you wanted to enter and you not only did that- you placed. You’re a winner to us.”
“Well, when you put it like that- I AM a winner, dammit! A DAMNED good winner! I’m the winningest winner that ever won a thing to win!!!”
“Oooh, Daaaaaaddd!! Mom said, ‘Damn!'”
“Ooooh, you both said, ‘Damn!'”
“Okay, all of you calm down, and stop saying, ‘Damn,” damn it. And, Marta, you ‘placed’. You didn’t win a Nobel Peace Prize. Relax.”

Our convo went exactly like that. It helped me realize that while I didn’t take home the Grand Prize, I did win something pretty amazing: admiration from the people I care about the most. And $500 worth of vice. {insert devious giggle here}

So, how did I capture the third place title? 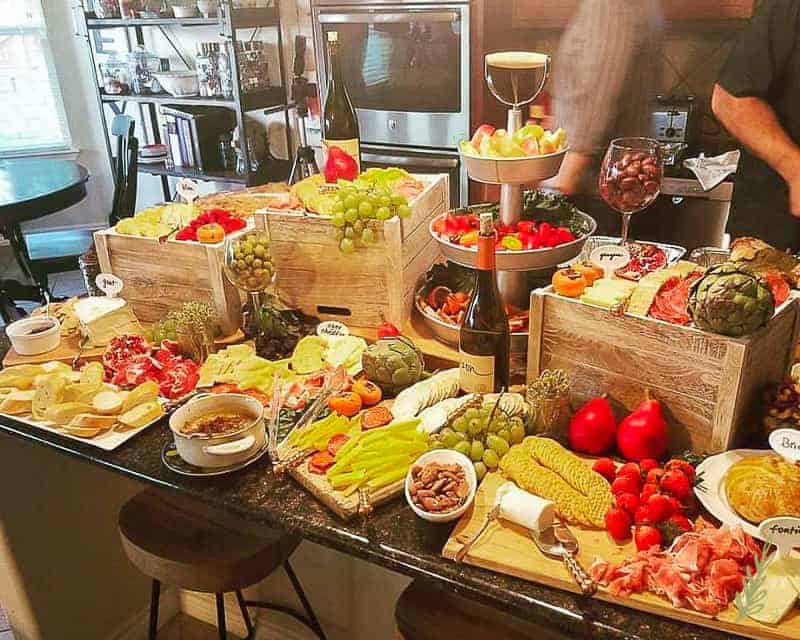 I can put together a mean charcuterie and cheese board. This beaut is from last year’s pre-game Thanksgiving dinner. I should’ve ditched the turkey and stuffing and just gone with this, but I’m not average. There were a lot of leftovers taken home that night. But, you get an idea of how seriously I take my meat and cheese displays, don’t you? The object of the contest was to showcase a meat and cheese board in the most artistic, creative, and even funniest, way possible. Contestants weren’t required to use Boos Boards, but seeing as how those are only boards I own, mine was going to showcase one.

Putting a display together wasn’t the issue for me. It was being confident enough in my food photography skills to make an impact that would win me a prize. The issue was also getting that perfect shot of food in an environment that isn’t always conducive to photography. Namely, Twins that were coming down every 10 minutes to ask, “So, whatchu doing with all that food when you’re finished?” (greedy little crumb-snatchers)

Food styling is definitely an art. Knowing how food reacts to changes in temperatures, light, and time are critical to capturing a shot that makes people want to lick their screens. Food bloggers have to be cognizant, not only of their recipes and how they translate to readers, but the images they take and how appealing they make all that hard work look.

If you’ve been around me for any length of time, you’ve heard me lament over the need for a “new and improved” camera. I, admittedly, have been disrespectful to my Nikon D3100. It’s been “archived” by Nikon, which is code for, “It’s old as dirt.” But, clearly, it takes amazing pictures. I still want a new one, though, Santa.

So, knowing your subject is a must in any type of photography, but so is also having the right lighting, props and background. I love that my living room and kitchen get loads of afternoon sunlight. Creating and shooting recipes is only happening, here at least, between the hours of 2-5pm during the Summer (damn you, Daylight Savings Time). I don’t care if it’s going to end up as dinner, come mid-afternoon, I’m cooking it. This is because I’m a huge proponent of using natural light. Looking back on some of my earlier photos makes me cringe because I can see the glaring difference between natural and artificial light. Skipping a day of shooting is preferable to me than shooting with artificial light. When I absolutely have to use it, I use big honking daylight bulbs attached to my light stands. But, I do my best to avoid it. 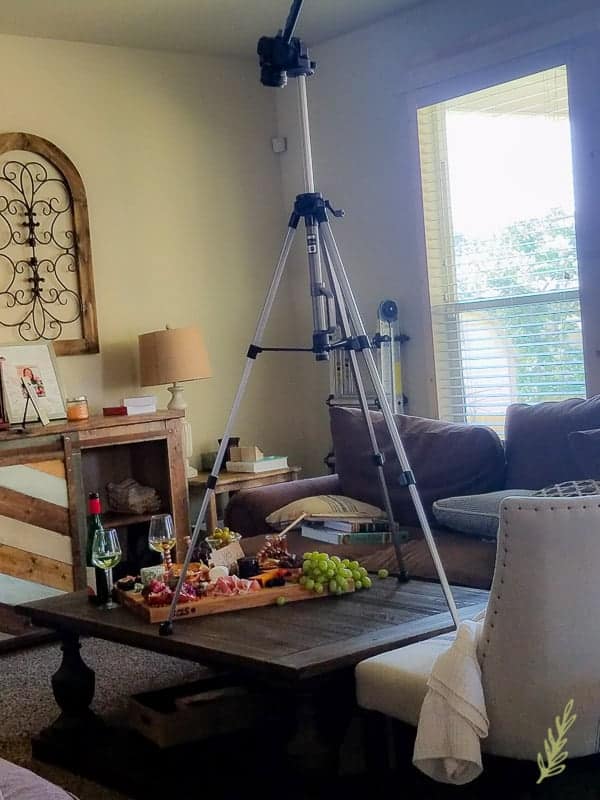 Well, artificial light or not, setting up a cheese display for friends and family is quite different than shooting it for a photography contest. Even more different is shooting it sola while waiting for your hubby to return from a deployment. But, challenge accepted.

I switched rooms, set-ups, and backgrounds a good ten times trying to find the perfect shot. In the end, this shot was the one I went with- with the exception of a few tweaks. This is my living room. That is my coffee table. That is also my tripod with two legs on top of my coffee table and one leg on my chair. To say that particular photography set-up didn’t work so well is a gross understatement. I fell off of the table.

I hurt my ankle.

I ended up taking the tripod off of UNSTABLE table/chair platform and putting it on the solid ground (as God intended). Those doors on the media console to the left? I removed them and set them up as a backdrop to cover up the 20 foot ladder I was using to reno my living room windows. The wine glasses and plates were repositioned and… 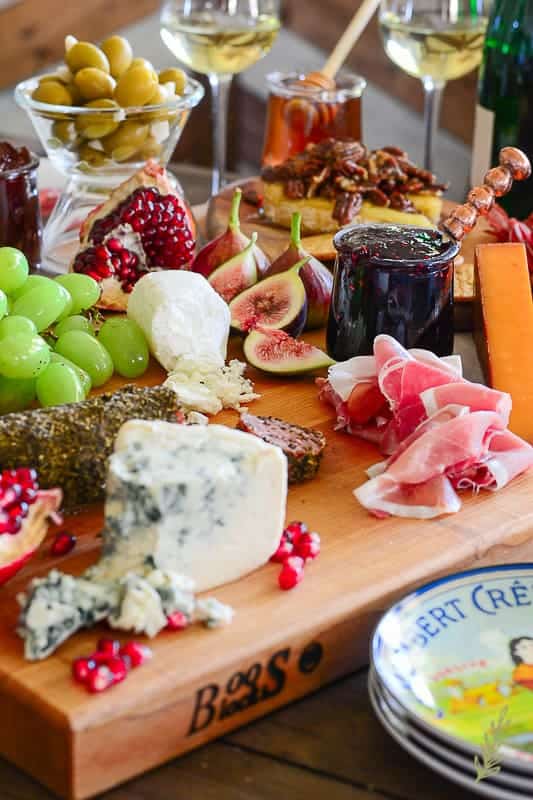 *Who can name the movie that line came from? Comment below. 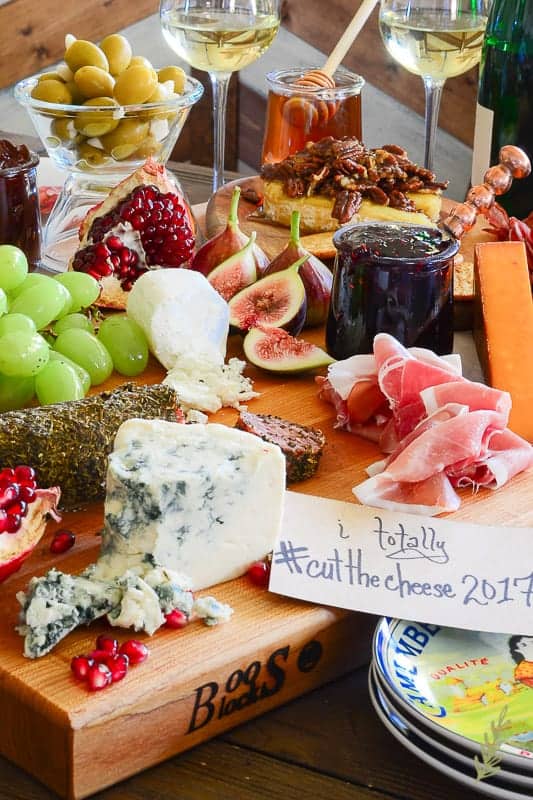 In my stab at being funny, and following the contest rule that we had to ensure this was an original photo by including the contest name in the image, I let people know I did, in fact, Cut the Cheese.

A great experience all around. The pessimist that I naturally am led me to think that I wouldn’t even come close to placing. I even felt my stomach churn when they announced the winners of the Open Entry division and I didn’t see my name listed. You would’ve thought that it should’ve dawned on me that I didn’t even enter the Open Entry contest, but I’m a spazz. Once I received the email notifying me of my placement in the BLOGGER Division, I squealed. Hector has probably never heard that from me, so it freaked him out. The look of pride on his face, and on the Twins’ faces, meant so much to me.

So! That’s how I one my first, of many (I hope, knock on wood) food photography competitions. Thanks to CuttingBoard.com (my dealer) and John Boos & Co. (my supplier) for allowing my healthy habit to continue!

Delicious foods and nice cheese board you have

Most impressive! I am an amateur photo enthusiast who entered a contest for the first time last year (a local small arts festival) and snagged a first and third place ribbon. (No prizes, though ;P) I actually liked my 3rd place photo better. Your winning photo is amazing amazing – Not to brag, but I studied photography in high school and college, and I can see heaps of understanding of what makes a good photo, technical chops, and obviously, food presentation skills. You should be most proud!

Thank you SO much, Deborah. It truly means a lot to me when people see my vision come through. I was so honored to receive the prize (and it was the best one, IMO).

Congratulations! This is wonderful!

I totally loved reading this. You’re a terrific writer as WELL as an obviously great food photographer;) I know nothing about styling food and am just figuring out the whole lighting thing so you gave me some good ideas

Chelsea! Thank you so much for saying that! Every time I read a comment that someone enjoys my writing, it makes me smile huge! Thank you.